2018 was the year Καθολικός διάκονος nearly died. But my work here is truly a labor of love. Up until the end of October, despite posting pretty sporadically for most of the year, things stayed pretty much the same in terms of the number of people who read my posts. Then I went 12 days without posting (from 21 October to 2 November). Subsequently, I posted only eight more times in November. For whatever reason(s), since then the numbers of readers for each post have dropped by more than half. Experiencing this has been a gift because it led me to hearken way back to 2006, the year I began blogging in earnest.

The first several years I blogged (if I may use that word as a verb), I did not garner a very large readership. I was neither surprised nor disappointed by this. For most of that time, I remained utterly amazed that I could post my thoughts on the worldwide web. After a while, when I seemed to gain no traction in terms of readership, I was forced to ask myself, often out loud in blog posts- "Why am I doing this?" I answered that question by realizing that I posted on my blog because I found it personally useful. This realization helped me to relax and not worry about the number of people who read what I write. Keeping in mind that the term blog began as a shorthand way to refer to a weblog, ever since my second or third year of blogging I have thought of this cyber-space as a kind of online journal, albeit one that contained entries suitable for sharing publicly. Looking back, there were certainly times I overshared. But as anyone who writes regularly knows, writing about something is perhaps the best way to clarify your own thoughts and feelings about it. Whoever wants to read what I post here is free to do so. If someone is helped in some way, if what I write contributes to our common humanity, even in some microscopic manner, then God be praised.

Another lesson I re-learned as a result of more or less starting over late this year is that constantly blogging about blogging is boring. I know, I know, how self-contradictory to write that in a blog post! But an end-of-the-year round-up seems an appropriate time to blog about blogging. I will try to remain conscious of this moving ahead.

I have to admit that it wasn't until about 2011 that I began "finding my own voice" as a writer/blogger (I hate the phrase "finding my own voice," by-the-way). The surest way to see that is when I began to "find my own voice" (sorry) is that in 2011 the number of posts began to drop. There was a dramatic drop in the number of posts between 2011 and 2012. With the exception of a slight increase from 2012 to 2013, I have posted fewer times each year. Last year and this year I did not even post 10 times a month. When I picked up again this year at the beginning of Advent, I was not certain I would reach 100 posts for the year.

I certainly intend to keep blogging in 2019. In August of next year, I will mark the 14th anniversary of Καθολικός διάκονος and the 13th anniversary of blogging regularly. The weekly anchors of my blog will remain the Friday traditio and my commentary on the Sunday readings for the weeks I do not preach and my homilies for the weeks I do. Typically, I try to post something on solemnities and major feast days as well. Once in a while, I post on other matters theological, pastoral, philosophical, cultural, historical or political. While I don't avoid politics altogether, I don't mind saying that I write about them far less than I did formerly. At present, I have don't want to add too much to all the noise. Very often posting on these and other matters is provoked by reading something with which I disagree in whole or in part.

Moving ahead, I expect to post between 100-120 times a year. This means posting 8-10 times per month. Looking at the number of posts I put up in my first five years of blogging, I can honestly say I will never return to that volume, especially when I consider the quality of many of those posts. Writing a lot of bad pieces, however, was necessary for me to become a better writer. Don't worry, I don't think I am a good writer, let alone a great one. From time-to-time, I must admit to suffering from delusions of adequacy. But without a doubt, blogging has helped me to write better.

One temptation I have had to resist over the course of the last two years is to go back and delete posts that set forth viewpoints I no longer hold (I have deleted a few, very few, terrible posts, however). What allows me to overcome this temptation is keeping in mind what I wrote above about this being a weblog. Hence, I like the fact that it (hopefully) shows that my thinking evolves.

In keeping with my tradition, below you will find what I think is the best post for each month of the past 12 months. Feel free to leave a comment about a post(s) from Καθολικός διάκονος this year that you found useful, insightful, or interesting. 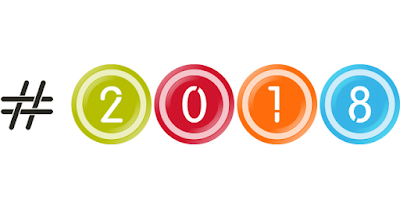 March - Another note on salvation in Christ, a papal one

May - Year B Pentecost Sunday. I usually don't consider my homilies or reflections on the Sunday readings for inclusion in this end-of-the-year list. I also don't consider the Friday traditio posts for this list. Given the paucity of choices for May, this is the one.

June - A political non-rant II. Since I posted nothing in June, I am picking a second July post.

August - Make abusive and gravely errant clerics penitents. This was far-and-away my most read post in 2018.

October - Ushering in God's Reign is not primarily a political project

Email ThisBlogThis!Share to TwitterShare to FacebookShare to Pinterest
Labels: Summary/Review