Ushering in God's Reign is not primarily a political project

Several years ago I gave up blogging about current events for the most part. In short, I am too busy to keep up with the onslaught of what happens everyday enough to provide commentary on it. Heaven knows, there is enough news commentary without me pitching in my two cents. I cannot imagine attempting to keep up during this made-for-Reality-television presidency. This does not mean I have given up staying abreast of what's happening in my community, state, country, and in the world.

Like a lot of people, I have found the Kavanaugh hearings very hard to take. The outcome (i.e. Kavanaugh being confirmed) is most disheartening. I think the legitimacy of the Supreme Court has been very tenuous for most Americans for decades. Kavanaugh's confirmation, in my view, will only serve to further de-legitimize the court.

As someone who has blogged for 12 years and counting it's difficult not to be somewhat self-referential. With that confession, I will assert again: the Supreme Court, like the presidency, currently plays a role in our republic it was never envisioned to play. This is the result of Congress, both houses, largely abdicating their role. Kavanaugh's confirmation, topped off by what I can only describe as Sen. Susan Collins's very disappointing speech on Friday, is but the latest case in point of this abdication. Don't worry, what follows is not a detailed account of what has transpired these in Washington, D.C. these past two weeks. I haven't the time or energy to produce such a post.

Writing for quartz.com, Simone Stolzoff asserts that there is a horrendous downside of great perks at the office (see "Cushy office perks are a trap"). Indeed, there are. Her article runs deeper than the title indicates (this is refreshing, in the age of "content" it is usually the opposite). Stolzoff cites Neil Postman, a most prescient observer: "Orwell warns that we will be overcome by an externally imposed oppression. But in Huxley’s vision, no Big Brother is required to deprive people of their autonomy, maturity, and history ... As he saw it, people will come to love their oppression, to adore the technologies that undo their capacities to think."

I think Orwell and Huxley were both right. On an even more fundamental matter Dostoevsky was correct. This is powerfully demonstrated in a section of his great novel The Brothers Karamazov entitled "The Grand Inquisitor." In "The Grand Inquisitor," Dostovesky powerfully demonstrated that we don't really want to be free. Our resistance to the liberation Christ came to bring has been detrimental for the Church. Instead of standing prophetically against our ultimately nihilistic human impulses made respectable by politics, with rare exceptions here and there (Oscar Romero, pray for us), the Church has often caved into these and, hence, very much become a distortion of what she is supposed to be. Ah, the Casta Meretrix, or Chaste Whore. 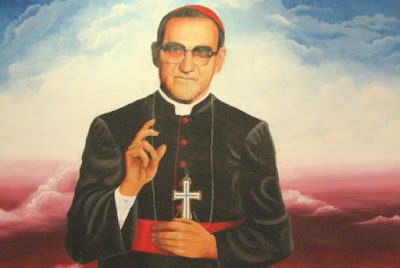 
Midterm elections are approaching. Obviously, the political stakes in this particular election are high. There are a lot of impassioned pleas to vote, including ones from Christians. I read an article in a Catholic publication this past week that asserted it is by voting that we help bring about the Kingdom of God. This is false. Voting in an election, no matter who you vote for or how well-informed and conscientious your vote, will not usher in the reign of God (i.e., the kingdom of God). This is not an anti-voting screed. Though I think, when one looks at viable candidates, there is a case to be made for conscientiously choosing not to vote. Voting is not a moral requirement. If you conscientiously choose not to vote, you have committed no sin. Not voting doesn't mean you must remain silent, what a bunch of crap that assertion is. I write this as someone who votes and who plans to vote in the upcoming election, despite it largely being an exercise in futility. I am slow to shed the vestiges of moralism.

While politics matter, they are provisional, not ultimate. This is why, as Catholics, voting requires no little prudential judgment. Things like not voting for a candidate because s/he supports abortion-on-demand but being able, morally, to vote for such a candidate despite her/his pro-abortion stance based on other factors is one example of what I mean by using prudential judgment when voting. After all, there are certain social policies that can empirically be shown to reduce abortions. Sadly, most, if not all, of these policies are opposed by many people who also oppose abortion. While opposing abortion is necessary for being pro-life, it is not sufficient. Our bishops in the U.S. have given us fairly good guidance on the prudential judgment voting requires: Faithful Citizenship.

The revolution required for God's reign cannot and will not be primarily a matter of worldly power-seeking, that is, politics. This is where the witness of Bl. (soon to be saint) Oscar Romero can inform us in a very detailed and contemporary manner. As is asserted in Ephesians: "our struggle is not with flesh and blood but with the principalities, with the powers, with the world rulers of this present darkness..." (6:12). Romero grasped and articulated this very well:

Don't become fanatics because you don't look from within this one organization, of this one project, at the whole political panorama of the common good of our people. You have to be a citizen who, from the perspective of Christian hope, understands another who has a different political project, and work together to seek the kingdom of God so that it might be made flesh...

This is also demonstrated by an observation made by the late and saintly Don Hélder Câmara, a Brazilian prelate who served as archbishop of Olinda and Recife from 1964-1985: "When I give food to the poor, they call me a saint. When I ask why the poor have no food, they call me a communist."
at October 07, 2018