"We the people" - another political non-rant

This morning I read a short but packed editorial by John Dingell. Dingell served in the United States House of Representatives from 1955 until the end of 2015. His sixty years of service in Congress makes him the longest-serving member of either the House or the Senate in the history of the Republic. Retired now for nearly four years, he wrote a short piece for The Atlantic, which was posted yesterday: "I Served in Congress Longer Than Anyone. Here’s How to Fix It: Abolish the Senate and publicly fund elections." This strikes me as a good starting point for how the United States needs to be constitutionally altered if it is to thrive or even survive in the future. In essence, this means making some revolutionary constitutional changes in the service of democracy. Before I delve into Dingell's prescriptions for what currently ails the United States, allow me a short, albeit relevant, digression.

Ever since learning about it as an undergraduate, I have been a strong believer in the "Iron law of oligarchy." First posited by German sociologist Robert Michel in a book published at the beginning of the last century, the Iron law of oligarchy asserts all countries, institutions, and organizations, even those founded on and dedicated to perpetuating democratic ideals and practices, yield over time to oligarchy or governance by the few. Stated more robustly, this law holds that, in essence, there is no such thing as "organizational democracy." Even more to the point, while "elite control makes internal democracy unsustainable, it is also said to shape the long-term development of all organizations—including the rhetorically most radical—in a conservative direction" (see "Iron law oligarchy: Sociological Thesis" in the Encyclopedia Britannica). Historians of the United States have amply demonstrated that the Constitution of the United States was clearly the work oligarchic forces, which diminished the radicality of the colonies' rebellion against Great Britain and channeled it in a more conservative, anti-democratic, that is oligarchic direction.

Given that the Iron law of oligarchy has been proven over and over again, even in advanced Western societies (a factor usually overlooked by recent critics of liberal democracy, most of whom, especially Catholic ones, seem to want to bring oligarchy in through the front door, instead of smuggling it in the back), revolutions are required from time-to-time. The revolutions required need not be violent and bloody. In fact, they can be non-violent and peaceful. This is what brings me to John Dingell's Atlantic editorial. In it, he suggests nothing less than constitutionally altering the United States of America. Given that most U.S. citizens revere the Constitution as something akin to sacred writ (some, like the LDS among whom I live, do so quite explicitly- not a criticism, just a statement of fact), suggestions that it be changed in fundamental ways is never a popular position, no matter the issue or how compelling the argument. By contrast, state constitutions are altered all the time via ballot propositions.

In his piece, Dingell highlights four things, including two revolutionary constitutional reforms: "An electoral system based on full participation"; "The elimination of money in campaigns"; "The end of minority rule in our legislative and executive branches"; "The protection of an independent press." I concur that these are four keys areas. I am certainly in favor of every citizen being automatically registered to vote when s/he turns 18. We have the technology to do this. When it comes to getting money out of campaigns, taking aim at Citizens United without naming it by name, Dingell wrote:

Public service should not be a commodity, and elected officials should not have to rent themselves out to the highest bidder in order to get into (or stay in) office. If you want to restore trust in government, remove the price tag. I am fully aware that the Supreme Court has declared that 'money is speech.' That’s nonsense. The day my wallet starts talking to me, I might reconsider that view. Until then, I believe that the pernicious influence of money on our elections must be removed 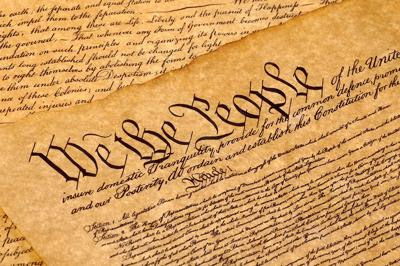 Given the Supreme Court's Citizens United ruling, this would require a constitutional amendment. All I can say to this is, "Amen!" The necessity of a free press should be apparent to everyone. Attacks on the free press by our current president should be alarming to us all.

I also agree with him about the need to end minority rule in the legislative and executive branches of government. I part ways with him on how best to accomplish this. To wit, I am not sure about having a unicameral national Congress. I know the state of Nebraska has a single-chamber legislature. If we maintain a two-chamber Congress, Senate seats need to be allocated differently with each state having at least one and states with large populations more than 2. As a result, the Electoral College should be altered with it, or perhaps eliminated altogether. Should the Electoral College be maintained, the system of granting the Electoral vote(s) for Senate seats to whoever wins the state overall should be kept. All the other Electoral votes should be given to the candidate who wins the Congressional district. Winner-take-all is undemocratic and cuts across the grain of congressional representation.

Another practice that fosters oligarchy is our silly practice of office-holders maintaining titles for life. In reality, once a person completes his/her service in, say, the Senate, the House, as a cabinet secretary, ambassador, governor, or even as president, they are no longer Senator So-and-so, President So-and-so, Ambassador So-and-so. Retention of titles runs contrary to our egalitarian ideals. After your service ends, you once again become an ordinary citizen. Hence, you should be called Mister, Missus, Miss, or Ms, as you like.

I appreciate Mr. Dingell's wise words. With his piece, he proves he is an elder statesman, of which this country currently has very few.
at December 05, 2018

Email ThisBlogThis!Share to TwitterShare to FacebookShare to Pinterest
Labels: Notes and asides, Politics, Reflections and Ruminations