Keeping the "Fat" out of Tuesday

In his very good book on fasting, which is part of the Thomas Nelson Publisher's The Ancient Practices Series, Protestant theologian Scot McKnight observes that the tradition of so-called Fat Tuesday is a lot older than what is happening this evening in New Orleans. He draws attention to St. John Chrysostom's statement about preparing for a fast in a gluttonous manner: 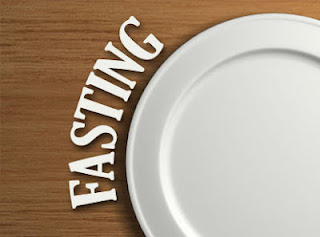 "But since many men, both when about to enter upon a fast, as if the belly were on the point of being delivered over to a sort of lengthened siege, lay in beforehand a stock of gluttony and drunkenness; and again, on being set at liberty [at the end of the fast], going forth as from a long famine and grievous prison, run to the table with unseemly greediness, just as if they were striving to undo again the advantage gained through the fast, by an excess of gluttony"

The virtue that is contrary is the vice of gluttony is temperance.

So, here's to a fruitful and holy season of fasting, prayer, and alms-giving. None of these things are ends in themselves, but means to an end, the very end for which you were made, redeemed, and are now being sanctified. I once again offer this quote from James Kushiner, who is Orthodox: "A discipline won’t bring you closer to God. Only God can bring you closer to Himself. What the discipline is meant to do is to help you get yourself, your ego, out of the way so you are open to His grace." May God, in His infinite mercy and goodness, grant you the grace of a holy Lent by drawing you more deeply into the fire of His love.
at February 21, 2012