"Forgive us our trespasses as we forgive ..."

According to Metropolitan Anthony Bloom in his timeless book Living Prayer, there was a Russian Orthodox bishop who insisted that the reason it is a privilege for a Christian to die a martyr is "because none but a martyr can, at the last judgment, take his stand in front of God's judgment seat and say, 'According to thy word and thy example, I have forgiven. Thou hast no claim against them anymore.' Which means that the one who suffers martyrdom in Christ, whose love is not defeated by suffering, acquires unconditional power of forgiving over the one who has inflicted the suffering." Metropolitan Anthony goes on to note that this principal is applicable in everyday life, even when it comes to minor injustices. He warns that "this is a two-edged sword; if you do not forgive, you will not be forgiven."

Not that in anyway I come close to the example of the holy martyrs, but something I have always found useful in dealing with some actual grievance I have against someone, be it petty or fulsome, is to think, "If my grievance is all that stood between that person and heaven, would I condemn them?" I consider it nothing except a great grace that I have, at least up to now, always answered, "No," even when it was a struggle. It helps to see things sub specie aeternatis. 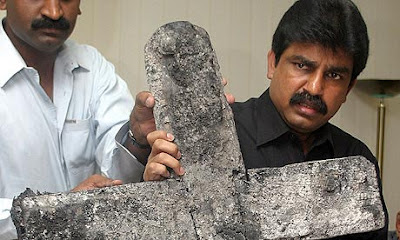 He also tells the story of priest who was imprisoned by the Communists shortly after the Russian Revolution, when he was still young. This priest emerged from his imprisonment "a broken man." When he was asked what was left of him after his experiences, he replied, "Nothing is left of me, they have burnt out every single thing, only love survives." This led Anthony to write, "A man who can say that has the right attitude and anyone who shares his tragedy must also share in his unshakeable love."

The final words of St. Stephen, proto-martyr, as he felt the impact of the stones thrown by those whose cloaks were held by one Saul of Tarsus, come to mind: "Lord, do not hold this sin against them" (Acts 7:60 ESV). Don't let your love be defeated by suffering, or even death, both of which Christ conquered because He loves you.
at February 16, 2012