The vast majority of Christians acknowledge that prayer is vitally important, even as many acknowledge they don't pray as often as they should or as often as they would like. As regards the frequency of prayer, it is like any other activity in life, you just need to set aside time to pray. Setting aside times to pray each day brings up the other challenge, namely how to pray. There are no shortage of ways to pray. There is always spontaneous prayer from-the-heart. Lectio divina is certainly a well-proven way to pray, a manner of prayer that is mostly listening. The Most Holy Rosary of the Blessed Virgin Mary, which bids us to focus on the mysteries of our Lord's life and help us to imitate Him in our own lives is another time-tested way of praying. More recently, there is the Chaplet of Divine Mercy and other devotions that can help you focus and shape your spirituality. For example, each day at the end of Morning Prayer I recite the Litany of St. Joseph for three fixed intentions and other immediate and more specific intentions that flow from them.

With Lent less than two weeks away, it is important for us understand the importance of prayer in order to begin to pray more. Our prayer often wanes because we wonder, "If God knows everything, including what I need before I ask Him, then why bother?" Well, in the first instance prayer is not merely about asking God for things, stated more academically, all prayer is not petitionary prayer. Nonetheless, Eugene Peterson, in his book Like Dew Your Youth: Growing Up With Your Teenager, reminded us, "God will do nothing apart from the prayers of the people His Son redeemed. The power is His; the privilege is ours." I take this to mean something like, God can work through any means He chooses and the means He chooses are the prayers of His people. 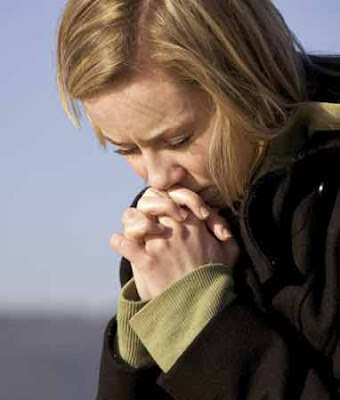 Peterson continued in our vein from last week, which was opened up by the provocative missive by Fr. Rutler, "We who are in Christ have no reason to fear or surrender to hell's program. We have been redeemed to be prayerful agents of God's blessing, authority, and power on earth; to pray for the earthly manifestation of His heavenly righteousness and will." Peterson concludes this thought by stating what should be obvious to us, but often is not: "That will happen when we seek God's kingdom first."

Do not be mistaken, hell has a program. The fact that you do not pray as frequently as you know you ought to is proof enough of that, as is the challenge of praying once you do start. In a recent post entitled Know the Enemy, Pastor Tim Challies, with the aid of the sixth chapter of Paul's Letter to the Ephesians, helped us to know who our enemy is and to understand his program so that we can do battle. "For we do not wrestle against flesh and blood, but against the rulers, against the authorities, against the cosmic powers over this present darkness, against the spiritual forces of evil in the heavenly places" (Eph. 6:12 ESV).

So, why pray? To usher in God's kingdom- "Thy kingdom come, thy will be done, on earth as it is in heaven."

This week I will take a brief look at those other two spiritual disciplines that, along with prayer, constitute the foundations of any authentic Christian spirituality: fasting and alms-giving.
at February 12, 2012

Email ThisBlogThis!Share to TwitterShare to FacebookShare to Pinterest
Labels: Prayer