A few days ago on Facebook I "shared" a quote by Albert Camus from L'Homme révolté: "Le seul moyen d'affronter un monde sans liberté est de devenir si absolument libre qu'on fasse de sa propre existence un acte de révolte" (i.e., "The only way to deal with an unfree world is to become so absolutely free that your very existence is an act of rebellion"). As with a lot what Camus wrote this gets us no further than posing the question, In what does being free consist? For many people it means being wholly self-determining. It is difficult to reject this altogether without doing irreparable damage to the notion of freedom. On the other hand, as John Dunne poetically noted a long time ago, "No man is an island," a line Pater Tom used for the title of one of his books. In "Me And Bobby McGee," Janis Joplin soulfully sang, "Freedom is just another word for nothin' left to lose."

It was Jesus who, seeking to reverse the hubristic self-assertion of humankind, which is imaginatively and beautifully told in the third chapter of Genesis, by teaching, "If you abide in my word, you are truly my disciples, and you will know the truth, and the truth will set you free" (John 8:31b-32 ESV). Of course, those who are Jesus' disciples understand that He is the Truth, which is what also makes Him "the way" and "the life" (John 14:6). One of the chief themes of the papal magisterium of Bl. John Paul II was this insistence on the necessary connection between freedom and truth, leading to his further insistence that you can know the truth because the truth is a person.

In this context, it also seems necessary to note that the kind of rebellion, or revolt, Camus advocates is "metaphysical rebellion" against the absurdity of life, which culminates in death. He, therefore, personally rejects other kinds of rebellion and revolt. This has huge implications for human culture 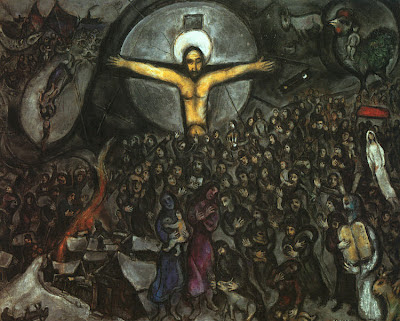 "If all the world were clear, art would not exist." - Albert Camus

We turn once again this morning to Metropolitan Anthony, who inhabited the same world as Camus during the German occupation of France, actively participating in the la Résistance française, who, using the Egyptian slavery of ancient Israel as his starting point, wrote:


"The people of God had gradually become enslaved. The conditions of their life brought home to them their state of slavery: work was heavier and heavier, the conditions of living more and more miserable; but this was not enough to make them move towards real freedom. If misery increases beyond a certain point, it may lead to rebellion, to violence, to attempted escape from the painful, unbearable situation; but essentially neither rebellion nor flight make us free, because freedom is first of all an inner situation with regard to God, to self and to the surrounding world"

In other words, freedom requires engaging reality according to all the factors that make it up. I believe the people of Egypt today are experiencing first-hand and painfully that rebellion itself doesn't make you free. As regards fleeing, Social Distortion, in their song "Ball and Chain," got it quite right when they sang, "But wherever I have gone/I was sure to find myself there/You can run all your life/But not go anywhere." This gives meaning to the usually silly truism, "wherever you go, there you are."

For me, being a Christian is certainly a form of just the kind of rebellion Camus advocated. But because it is rooted in the Truth, which allows me to attain the necessary "inner situation" in relation to reality, it also my path to freedom. It was Flannery O'Connor, in her wholly unique manner, who averred, "You shall know the truth and the truth will make you odd."
at February 18, 2012

Email ThisBlogThis!Share to TwitterShare to FacebookShare to Pinterest
Labels: Philosophy, Reflections and Ruminations