"Arrange your life and shut your mouth"

Like a lot of guys, reading Jack Kerouac's On the Road as a young man was transformative for me. It is safe to say that reading this book, along with Merton's Seven Story Mountain, John Henry Cardinal Newman's Apologia pro Sua Vita, seeing Scorsese's Last Temptation of Christ, and my consequent reading of Kazantzakis' book on which the film was based, constitute prime reasons I am Catholic. All of these works came into the orbit of my life in a very compressed period of time. Between the ages of 21 and 27, when I got married, I took great pride in the fact that I could fit everything I owned into my Volkswagen Rabbit. When things got overwhelming, I had an escapist fantasy of loading everything up and driving to different city to begin life anew.

John Leland's book, Why Kerouac Matters: The Lessons of On the Road (They're Not What You Think), is quite a remarkable and, at least to my mind, an honest reading of Kerouac's On the Road. Leland contends that Kerouac's remarkable book is revered for all the wrong reasons and that there is a mystique that has grown up around the book that bears little resemblance to the book itself. Indeed, Kerouac was no rebel, at least not in a conventional sense. 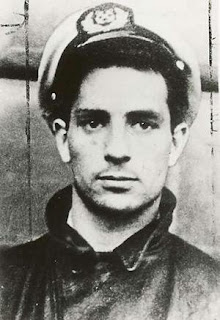 Kerouac died in 1969 at 47 years of age, due to complications of his heavy drinking. He had nothing for the hippies and counter-culturalists. He especially despised their anti-Americanism. One of the problems people have with Kerouac in general, and On the Road in particular is that Jack "had very traditional values, and that he lived a life at odds with these values. In the sixties, when he repudiated any connection with the counterculture, declaring William F. Buckley his hero, many thought the booze and bitterness had curdled his mind. But Kerouac had always been conservative - a blue collar son, Catholic, a veteran of the merchant marine and (briefly) the navy. 'I believed in a good home,' he wrote in the scroll draft [of On the Road], 'in sane living, in good food, good times, work, faith and hope. I have always believed these things. It was with some amazement that I realized I was one of the few people in the world who really believed in these things without going around making a dull middleclass philosophy out of it'" (28-29). Leland quotes William Burroughs, a friend with whom Kerouac had frequent fallings out over their diametrically opposed politics, as saying: "It's generally construed that Jack underwent some sort of a change and became more conservative... But he was always conservative. Those ideas never changed. He was always the same" (29).

Commenting on his book after its publication, Kerouac said of Moriarity (Neal Cassady) an Paradise (Kerouac): "I forgot to mention that we were both devout little Catholics in our childhood, which gives us something in common tho we never talk about it" (Leland 18-19). Kerouac also described his book as the adventures of two Catholic buddies. Leland writes of Kerouac that he drifted from Catholicism in his teens "and as an adult discovered and eventually discarded Buddhism, settling finally on a home-grown form of mystic Catholicism. But he held always to the mysterious and gnostic, and to a prophet's sense of time, which articulates the past within the fallen present" (19). But, alas, faith for Jack "often seemed more a remote goal for his life than a day-to-day pillar" (30).

Therefore, I have been amused over the years by the treatment that Kerouac and On the Road have received by many with whom he would have agreed, like people who write for the journal First Things (link to the search results from typing Kerouac into the journal's search engine), to which I subscribed for many years. I still like the journal a great deal. The late Fr. Richard John Neuhaus, whom I revere, once referred to Kerouac as "an absolutely stoned would be Maoist," to which Kerouac might well have responded: "Who're you calling a would be Maoist?" Prof. Robert Reno, with whom I am generally in agreement, back in the October 2008 edition, wrote a very unsympathetic and disparaging assessment of On the Road, entitled The End of the Road. By itself, but certainly by way of comparison, Leland's take is nothing short of masterful because it is honest and deals with the book and with Jack Kerouac, and not the legend propagated by people who have likely never read On the Road, or who have read it only once and in a cursory way with a lot of preconceptions.

So, we need a little 10,000 Maniacs, fronted by the always lovely Natalie Merchant, singing Hey Jack Kerouac for a Monday, a day when reality weighs most heavily on us. Finding himself in an impersonal and complacent place of work, Sal laments: "This is the story of America: Everybody's doing what they think they're supposed to do." A jab at the hyper-Calvinistic, "Look busy, Jesus is coming," ethos into which we very often fall.


It is good that this floods me during my annual novena to St. Peter Julian Eymard.


Like my dear Camus, Kerouac's rebellion was metaphysical, not mundane. The difference being Jack's undying belief in God, the search for whom he gave himself entirely. You might say, "Hey, wait a minute! Didn't you quote Leland to the effect that Kerouac lacked faith?" Yes, I did. Faith cannot be reduced merely to belief. After all, as Chesterton observed, "When people stop believing in God, they don't believe in nothing — they believe in anything."

This post beautifully evokes the original name of this blog: Scott Dodge for Nobody, riffing off an old radio program here in SLC: Tom Waits for Nobody and the poet, Ron Seitz's memory vision of Pater Tom, A Song for Nobody .
at July 26, 2010

Email ThisBlogThis!Share to TwitterShare to FacebookShare to Pinterest
Labels: Community of the Heart