On marriage: refuting a stupid argument

Today on his blog Peter Hitchens takes down what he rightly terms "A Particularly Stupid Comment," or, what I will call for my purposes, a particularly stupid argument. It is a stupid argument because it is demonstrably false, despite being employed quite frequently by well-meaning people. In my view, this argument amounts to sophistry. Consciously engaging in such sophistry, as Hitchens notes, is a tactic employed by "the unscrupulous debater." What is attempted, whether consciously or not depends on the intelligence of the debater, is the identification of like with unlike. Once the identification is made, the debater then proceeds on the basis of that faulty premise to dismiss those who reject "same-sex marriage" as illogical bigots.

Due to the nature of my blog and the fact that I blog as a Catholic deacon, my use of the word "stupid" requires some qualification. I use this word to describe this argument both because it is the term Hitchens used and because I think it is an apt description. Hence, I use "stupid" as an adjective. There are several specific meanings that can be assigned to "stupid" when used as an adjective. The specific meaning I assign to the word in this post I take from the Merriam-Webster's on-line dictionary; "marked by or resulting from unreasoned thinking or acting." The good news about this is that such stupidity is remediable.

This argument asserts that if you are in favor of a man and a woman of different races being allowed to marry, then, logically, you must be in favor of two people of the same gender being allowed to marry. The argument runs something like this- If you favor the former (i.e., "interracial" marriage) and not the latter (i.e., "same-sex marriage"- differing placement of quotation marks is not accidental), then you are illogical and incoherent, thus making you an intolerant bigot, whose views fly in the face of reality. Since ultimately what is at stake here, at a deeper level, is reality and our engagement with it, I would draw the interested reader's attention to Douglas Wilson's recent and relevant post on Wendell Berry's public support for "same-sex marriage"- Wendell Berry's Halcyon Bean Patch. In this regard, I would also draw attention to one of my previous posts, Opposing God to nature: the denial of the ontologically obvious.

While it has been years since I've done serious philosophical work, it is precisely the kind of subtlety noted above that makes this argument sophistry- logically identifying like with unlike and then drawing out the implications of this, all-the-while depending on the fact that most people intuitively grasp the following form of logical argumentation:

If A, then B
A, therefore B

Such debaters also rely on the fact that most people won't examine the truthfulness of the premises, which, in this case is premise A (i.e., If you support "interracial" marriage, then you must support "same-sex marriage"). This is untrue because a false identification is made, equating like with unlike, commonly referred to as comparing apples to oranges. 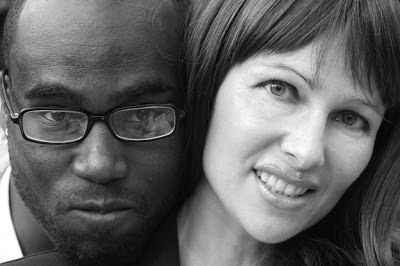 The falsity of the premise is easily demonstrated by briefly examining the teaching of the Catholic Church on "interracial" marriage. Canon law, going to back the earliest era of the Church, has never prohibited a man and a woman of different races from marrying. In the course of history, including here in the United States, civil governments have done so. The Church has always viewed such legal prohibitions as unjust, despite not always being in the vanguard of change and/or having certain of Her hierarchy and membership agreeing with and in some cases supporting such unjust laws.

In an article on Catholics for the Common Good's website, entitled "Bans on Interracial Marriage were About Eugenics, Not Redefining Marriage" (eugenics, supported by such American luminaries as Teddy Roosevelt, has always been denounced by the Church), I read about a 1948 California Supreme Court decision that ruled in favor of permitting an interracial (Catholic) couple to marry. The Catholic Church legally backed the couple's suit and they were married in the Church.

As Peter Hitchens noted in his piece, "The law in this matter ["interracial" marriage] correctly recognises that there is one race, the human race." A human being is a human being regardless of the color of her/his skin, or even his/her sexual orientation. But when it comes to gender there are two: male and female. As we read towards the end of the first creation account in Genesis:


God created mankind in his image;

This seems an apt observation at the beginning of the weekend we celebrate the human rights legacy of Dr. Martin Luther King, Jr.
at January 18, 2013