Earlier today when describing prayer as work, as opposed to work as prayer, I mentioned "ascesis." I pointed out that this word, which in transliterated Greek is askesis, refers to a type of training, or exercise. If I had extended my post beyond that almost inevitably I would've mentioned virtue. To that end, a friend, Artur Sebastian Rosman, with whom I had a brief discussion about virtue just a few days ago, posted something to my attention on Facebook this evening that is worth considering. I am most appreciative that he translated this from Polish: 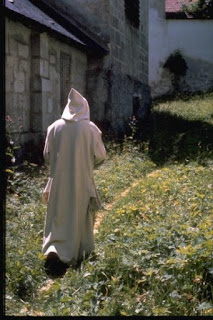 "All, then, as I said, are naturally constituted for the acquisition of virtue. But one man applies less, one more, to learning and training" (Clement of Alexandria, Stromata). The Greeks, and Clement follows them, understand virtue (both intellectual and moral) as a certain skill or ability (dynamis). Ancient philosophy remains in the shadow of an immense discovery, which unveiled the role that habit plays in our spiritual life, that is, the stable predisposition, which, as Democritus said, is capable of becoming a second nature to man. The whole understanding of virtues and vices is essentially a conceptualization of the habits that we gain through frequent repetitions. Is it any wonder that the philosophy which leads to perfection is full of martial and athletic metaphors, and philosophy itself can be understood as a set of exercises (Greek askesis) that make the spirit more capable?'

Indeed, prayer is a work, that is, ascesis, when it is a habitus, something retained or maintained, that is, kept up, improved upon, perfected, it becomes a habit.
at January 11, 2013

Email ThisBlogThis!Share to TwitterShare to FacebookShare to Pinterest
Labels: discipleship, I believe, Prayer