"Those who find themselves ridiculous"

Nearly every Friday across most of the years I have blogged, I have posted and will continue to post what I call a traditio. Traditio, to remind both my readers, is a Latin noun that refers to the content of what is handed on. Tradere, by contrast, is a Latin verb denoting the act of handing on.

During Lent I have been dipping back into Heidegger’s seminal work, Sein und Zeit, which translates into English quite easily as Being and Time. What is great about dipping into this work is being able to dwell on what strikes me whenever I take a dip. Today I read the sixth section of the second part of Heidegger’s Introduction to Being and Time. He gave this section the title “The Task of a Destructuring of the History of Ontology.” In reading it, I was struck by his treatment of “tradition” that occurs in the course of his discussion on the “historicity” of Da-sein. In German "da" means "there" and "sein" means "being." Da-sein, to give a brief description, is a subject capable of considering its own subjectivity, or a being capable of thinking about being. The “tradition” Heidegger refers to in this section and throughout his work, through which he sought to recover the question of Being, is the Western metaphysical tradition. Heidegger held that this tradition had forgotten the question of Being, which, in his earlier lectures on metaphysics, he set forth as “Why are there beings rather no beings; something instead of nothing?” This question is clarified even further at end of the section of the Introduction to Being and Time under consideration: "What does being mean?"

After noting that the “historicity,” which I take to mean the inherent temporality hinting at the finitude of Da-sein, “can remain concealed from it,” he notes that Da-sein can “discover, preserve, and explicitly pursue tradition.” For Heidegger, “The discovery of tradition and the disclosure of what it ‘transmits’ [hands-on with regard to Being], and how it does this, can [and should, according to Heidegger] be undertaken as a task in its own right.” 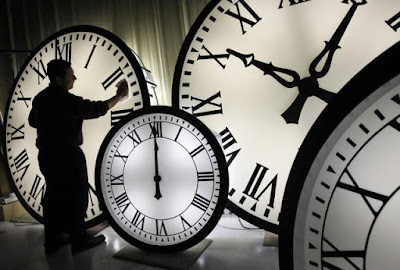 Heidegger posited that because Da-sein is being-in-time, it “is determined by historicity.” Because Da-sein is being-in-time, “historicity” determines “the ground of its being.” So then, it is of necessity that Da-sein has a history. But history, or, more precisely, Da-sein’s historical memory, tends to forget. Just as, on Heidegger’s account, it forgot the question of Being, it forgets many other things too.

It is no great insight to point out that history usually conceals as much as it reveals. This is not just true with regard to the Western metaphysical tradition that Heidegger boldly and with some success sought to “destructure” by retrieving the question of Being, but with history in general. History, as it is handed-on, often consists of what might generously be called ironed out narratives, or simplifications that leave a lot out. Often what is left out, it might be argued, is not included because it is deemed unimportant. It is frequently the case, however, that things are left out, not because they are unimportant, but because they are inconvenient to the ideology being handed-on. This is not always conscious, even when the omission, which frequently and over time gives way to convenient additions and glosses, begins.

Take a story as well-known as Martin Luther’s initial presentation of his ninety-five theses. The narrative handed-on tells us that he made his objections to the sale of indulgences known by nailing them to the door of the church of the Holy Spirit in Wittenberg, Germany on 31 October 1517. It is this date we are commemorating this year as the 500th anniversary of the Protestant Reformation. But as Catholic Luther scholar, Erwin Iserloh, insisted way back 1961: the story is most likely a legend.

Iserloh noted that it was Philipp Melanchthon who first wrote about Luther’s bold hammering of his theses to the church door. But Melanchthon was not an eyewitness because he did not arrive in Wittenberg as a professor until the following year, 1518. Further, the story of nailing his theses to the church door did not appear for the first time until after Luther’s death. During his lifetime, Luther, who was quite dramatic in his speaking and writing, never made mention of having done this.

Luther’s theses were contained in a letter he wrote to his superiors on 31 October 1517. The title of Luther’s document was Disputatio pro declaratione virtutis indulgentiarum. In it, he denounced the sale of indulgences. A disputatio was an invitation to dispute, or debate, a given subject. It’s easy to forget that Luther did not set out to create a schism in the church, or to become a heretic, but to clear up the misunderstandings that led to the gross abuse of indulgences. In response to the Augustinian friar and professor of Scripture’s proposed disputatio, the Catholic Church did not acquit itself very well. It was not until quite awhile later that Luther renounced his belief in indulgences altogether. Another example of “history’s forgetting” is set forth well by Gary L. Macy in his book The Hidden History of Women's Ordination: Female Clergy in the Medieval West.

Where am I going with this? According to Heidegger in the section under consideration,

Da-sein grows into a customary interpretation of itself and grows up in that interpretation. It understands itself in terms of this interpretation at first, and within a certain range, constantly. This understanding discloses the possibilities of its being and regulates them. Its own past- and that always means that of its ‘generation’- does not follow after Da-sein but rather always already goes ahead of it

It is the awareness of this dynamic that allows Da-sein to interrogate and investigate the “customary interpretation” in which it has grown up, whether this is the metaphysical inheritance of the Hellenic/Roman/Christian West or the specific content of what is handed on as Christian tradition, which often depends heavily, too heavily some argue, on Greek and Roman thought. While the past, in a manner speaking, always beats Da-sein to the future, Da-sein’s ability to “better remember” the past can shape and form the future.

What is our traditio for this Friday in the Third Week of Lent? It’s James singing “Sit Down.”

Email ThisBlogThis!Share to TwitterShare to FacebookShare to Pinterest
Labels: Community of the Heart, Philosophy, Reflections and Ruminations