Let's not hide our lamp under a bushel

Right now I am reading the late John Macquarrie's Pathways in Spirituality and the late Bernard Häring's Christian Existentialist. To be frank, these works have more to do with living as a Christian in the world today than many of the contemporary books I've read on the subject over the past several years. Along these lines, I read two things today that go a great distance to expressing my point-of-view on contemporary matters. The first is an article ("Dutch Church leaders speak out against populist shift") that summarizes both an ecumenical letter issued by Catholic and Protestant leaders in the Netherlands and a pastoral letter issued by the Dutch bishops in advance of national elections later this month.

In their ecumenical letter, Christian leaders noted, "The church isn’t a political party, nor is any political party a church. We have a separation between church and state – since if the two sit together on anyone’s lap, we get a political and religious dictatorship which serves, not God or the people, but only those in power," before going on warn those who would exploit Christian culture for political gain that "Christians are not voting cattle – their kingdom isn’t of this earth and their king isn’t from here." The leaders continued, "You can call this dreamy or dangerous, since Jesus had no message for Caesar. But we will always work for the promised kingdom to be given shape in the country we live in." In their pastoral letter, the Dutch bishops wrote:

The spirit of the times seems to have brought a stress on differences and divisions, rather than a search for connectedness and unity – but let us not indulge in anger, intolerance, indifference and polarization... When we stand in the voting booth, we must ask how, in the light of the Gospel, we can contribute to a society based on human dignity, solidarity, fundamental rights, social justice, subsidiarity, tolerance and peace between religions and cultures

The second piece, by Elizabeth Stoker Bruenig, is a review of Rod Dreher's new book The Benedict Option: "City of Rod: A Benedictine retreat from political life cannot be the answer for today’s Christians." Her critique, while not brutal, is pretty unsparing. Since I began reading about the Benedict option several years ago it has struck me as quite antithetical to living as a Christian in the modern milieu. I urge you to read Stoker Bruenig's review in its entirety. 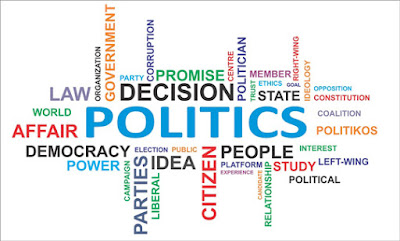 There is always the temptation to go back to a better time. There are two replies to this. First, the "better" time, such as it was, probably wasn't any better and is not as good as it is portrayed. This includes the so-called Medieval "Age of Faith." Second, it is simply not possible to roll back the clock. Stated simply, calls to bring back a past time are neither desirable nor possible. It's important to engage reality as we experience it and not as we wish it to be.

I think calls to withdraw from politics, to vacate the public square, must be resisted. As Stoker Bruening observes: "Withdrawal may have been a permissible option when citizens had little to no say in the laws of their governments, but we do, and a pretense of powerlessness registers as a flimsy excuse not to exercise it." Of course, Christians should engage culturally, seek to build and form meaningful communities, and many things besides politics. She hits the nail-on-the-head when she writes:

Such endeavors, in my view, would need a much firmer foundation that what I have seen proposed by proponents of the Benedict Option. For centuries there have been Christian communities that live apart, like the Amish and the Bruderhof, among others. I don't discount for one minute the witness of these Christians now or over the centuries they've existed. I also understand why the Benedict Option might appeal to some people. But I do not think the Church in toto is called to withdraw from the world. Rather, I believe we are called to engage along the lines suggested by the Christian leaders of the Netherlands.

Once again this year I will participate myself, at least for 3 weeks, in the original Benedict Option when I travel to Mount Angel Abbey and Seminary, Oregon, for the second of three academic residencies in pursuit of my doctorate in ministry. I look forward to it. By the third week of last year it was once again clear to me that living in this beautiful, ancient, and venerable manner is not my vocation.
at March 02, 2017