"The wind is low the birds will sing"

I am currently reading Ian Rankin's Tartan Noir crime novel Knots and Crosses. This is the first in his series of crime novels featuring Edinburgh detective John Rebus. In addition to being a former Special Air Service (SAS) solider in the British army, an experience that left him quite traumatized, Rebus is a believing, if intermittently practicing and guilt-ridden, Christian. To his credit, Rankin conceives of Rebus' faith as something quite central to his character's personality. In other words, while not what one would call a mature faith, or a faith that is particularly well-formed, Rankin does not make Rebus' faith a caricature or a straw man.

In one chapter, Rebus, who is recently divorced, spends the early afternoon of a Sunday with his 11 year-old daughter, who lives with her mom. As he is with his daughter Rebus thinks something to which I can wholly relate: "He wondered whether his reason for believing in another reality behind [I would say beyond] this one might not be because the everyday was so frightening and so very sad. If this were all there was, then life was the sorriest invention of all time."

It easy to see in such an understandable thought, which one need not be a Christian to have, how easy it is for a Christian believer to forget something Fergus Kerr reminded me of towards the end of his book Theology After Wittgenstein. What Kerr reminded me of comes by way of his fellow Dominican, Edward Schillebeeckx, namely "that believing in God, far from being an explanation of the world's existence, is a rather a repudiation of metaphysical dualism" (184). "Given the distress anyone must feel at the suffering, evil and injustice in the world, it is natural to think that God cannot have willed the world to be as it is" (184). 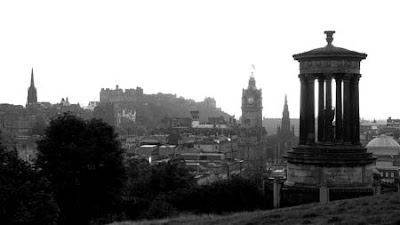 The world as it is, or at least as I often experience it, the world as Rankin expresses it in the mind of his literary character in the passage above, seems like it can in nowise be considered normal. Stated simply, the world does seem like what it was intended to be, again, assuming the world exists intentionally. In other words, it is quite understandable to see the world as highly defective. It is from this that many Christians come to believe that "salvation" can only be accomplished either by bringing back a lost paradise or by an utterly new creation coming down from above, built, as Kerr writes, "upon the ruins of this world" (184). In short, we come to understand salvation as "being freed from our mortal humanity and our creaturliness" (184). Of course, this is a semi-gnostic understanding of salvation. As such, Christians must reject it.

It is against such an understanding of salvation, arising as it does from metaphysical dualism, which posits a hard-and-fast disjunction between God and creation, between the natural and the supernatural, that Schillebeeckx insisted in his work God Among Us that the narrative of the fall is directed. According to Schillebeeckx, the original sin was the refusal to accept human finitude. Kerr cites Schillebeeckx from the same work to this effect:

The basic mistake of many conceptions about creation lies in the fact that finitude is felt to be a flaw, a hurt which as such should not really have been one of the features of this world...finitude is thought to be improper, an ailment, even sinfulness or apostasy, a flaw in the existence of mankind and the world. There is a feeling that ...mortality, failure, mistakes and ignorance should not be part of the normal condition of our humanity

This desire to transcend our finitude, which will not happen even after we are resurrected and experience beatitude, according to Schillebeeckx, is the disease from which we need to be cured: "To want to transcend finitude is megalomania or arrogance which alienates people from themselves, from the world and from nature" (185). We must, therefore, resist the temptation to believe "that the self is out of place in this world" (185). Salvation is accomplished precisely in and through the world as it is and not something that comes crashing in from without or the result of a successful effort to turn back the clock. It seems to me that Lent is the ideal season to work on realizing this inescapable reality: that reality is inescapable- that faith is a full-on embrace of reality, of the world as it is and not as we wish it were, rather than an attempt to escape from it. "Remember you are dust..."

Our traditio for this Friday of the First Week of Lent is Siouxsie Sioux beautifully covering the Beatles song "Dear Prudence":


The wind is low the birds will sing
that you are part of everything
Dear Prudence won't you open up your eyes?
at March 10, 2017