Politics is personal because to be alive is to struggle

In the first section of the second chapter of his book Jesus & Salvation: Soundings in the Christian Tradition and Contemporary Theology, in which he introduces New Testament soteriology, Robin Ryan, in reference to "the reign of God" proclaimed by Jesus, notes, "There is an inescapable tension between the 'already' and the 'not yet'...that should not be dissolved." He then invokes the great New Testament scholar, Raymond Brown:


The kingly rule of God was already making itself present in Jesus' person, proclamation, and actions, but the complete and visible manifestation of the kingdom lay in the future and would also be brought about through Jesus, the Son of Man 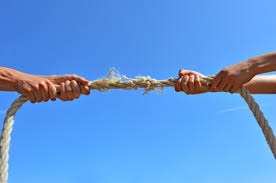 "This tension," Ryan concludes, "is intrinsic to the Christian understanding of God's saving work in Jesus" (29). What is often left out at this point is that the Holy Spirit, as Luke Timothy Johnson notably pointed out, is Christ's resurrection presence among us. In other words, God's kingdom didn't appear, disappear, and will come back in full when Christ returns. It's been present all this time, striving towards realization, but never being fully realized. Living the tension between the already and the not yet, which can truly be described as dialectical, is precisely what it means to live as a Christian. Living this tension is how you are saved.

It's important to point out a few people who've made God's reign visible in societies that are hostile due to indifference: Dorothy Day and Brazilian Archbishop Helder Câmara. It was Câmara who observed, "When I give food to the poor, they call me a saint. When I ask why the poor have no food, they call me a communist." Living God's reign between the already and the not yet is intensely personal, but by no means private. "Our faith can only be lived through the absence of manifestations of the power of Christ according to our expectations," Luigi Giussani observed way back in the 1960s. "Our Christian vocation," he insisted, "becomes authentic only through this absence [...]. Where Christ is no longer visible as personal action, then His action coincides, becomes one with, the motivation and action of our person..." "I Have Loved You With an Everlasting Love. I Have Had Pity On Your Nothingness," Spiritual Exercises of Communion & Liberation 2016, pg. 2). 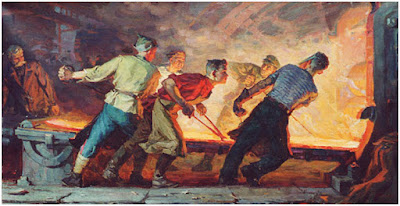 
Havel, who was often considered naïve, grasped the danger of utopian schemes:


A heaven on earth in which people all love each other and everyone is hard-working, well-mannered, and virtuous, in which the land flourishes and everything is sweetness and light, working harmoniously to the satisfaction of God: this will never be. On the contrary, the world has had the worst experiences with utopian thinkers who promised all that. Evil will remain with us, no one will ever eliminate human suffering, the political arena will always attract irresponsible and ambitious adventurers and charlatans. And man will not stop destroying the world. In this regard, I have no illusions (Summer Meditations 16)

He went on to describe the struggle for a better society in terms of a war. "Neither I nor anyone else," he went on to observe, "will ever win this war once and for all. At the very most, we can win a battle or two - and not even that is certain." Nonetheless, he still thought it important to engage in the struggle, pointing out it is a centuries old war that will likely stretch for centuries into the future. He speculated that perhaps God wants it this way, which I take to mean it's simply the given nature of reality- you don't have to like it, but you can't avoid it except by self-deception. Never forget you bear some responsibility for reality being this way.

Havel firmly maintained fighting this war "is the right thing to do." "It is an eternal, never-ending struggle," he continued, "waged not just by good people...against evil people, by honourable people against dishonourable people, by people who think about the world and eternity against people who think only of themselves and the moment. It takes place inside everyone. It is what makes a person a person, and life, life" (Summer Meditations 16). 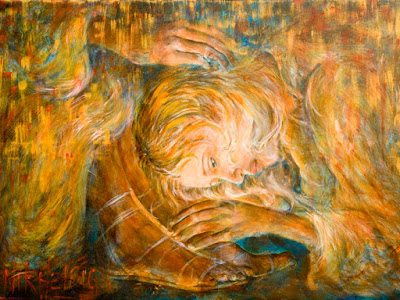 In wake of the woman pouring ointment on his feet in the house of Simon the leper, Jesus told his disciples, who complained the ointment could've been sold and the proceeds used to help the poor, they would always have the poor with them (Mark 14:3-9). The reason for this is not because God wills there be poor among us, but because we refuse to live the tension required to make God's reign a present reality. The woman's action shows the seeming incongruity that happens when the not yet collides with the already. Very often the result of such a collision is beautiful.
at September 30, 2016