Recently there has been a dust-up on the internet concerning the Catholic Church's teaching on the death penalty. Over the past 30-40 years the Church has increasingly backed away from the death penalty, insisting that it is rarely justified and is only justified by the state's inability to protect it citizenry in any other way.

The problem with discussing the morality of things like the death penalty is the penchant to wander wildly off topic. Given the important distinctions that need to made when Catholics discuss the death penalty, it's best to focus on the subject at hand.

I oppose the death penalty on theological grounds in conformity with the Church's teaching as contained in the Catechism of the Catholic Church and the teaching of recent popes going back to at least John Paul II. According to the Catechism-

Today, in fact, as a consequence of the possibilities which the state has for effectively preventing crime, by rendering one who has committed an offense incapable of doing harm- without definitely taking away from him the possibility of redeeming himself- the cases in which the execution of the offender is an absolute necessity "are very rare, if not practically non-existent" (par. 2267)

I readily acknowledge that when the death penalty is handed down and carried out when the person executed is actually guilty of the serious/egregious crime s/he has committed, there is no moral equivalency between that and the taking of an innocent life. The fact that it is not morally equivalent to the taking of an innocent surely demonstrates that the death penalty is not necessarily intrinsically evil. 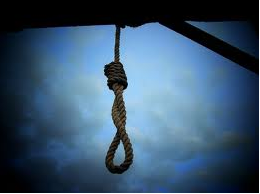 But one of the proven problems with the death penalty, at least in the U.S. and I imagine in other countries that still have it, is the fact it is sometimes ordered for a person who is later proven innocent. This penchant for injustice alone should give anyone pause, even someone who supports the death penalty in principle.

Perhaps most fundamental is the question whether or not seeking retribution is fitting for a disciple of Jesus Christ. I find it to be a remnant of the lex talionis, which holds to an eye for an eye and tooth for a tooth. Other factors include whether trying minors as adults is just and whether people with proven developmental disabilities should be executed.

My own opposition to the death penalty pre-dates my baptism. It began when I read Orwell's short story A Hanging in high school.

For me, I don't care whether or not one can claim formal support for the death penalty in the Church's teaching or whether the Church made support for the death penalty irreformable and so now even the pope can only offer opinions. Sometimes it's the irreformable that stands badly in need of reformulation. When faith is reduced to a cold exercise of logic is it still faith the flower of which is hope and the fruit love?

At root, forgiveness means freely relinquishing a just claim against another.

Given the subject, our Friday traditio is the Man in Black singing "25 Minutes To Go," sung live at Folsom Prison and animated.

Email ThisBlogThis!Share to TwitterShare to FacebookShare to Pinterest
Labels: Faith and morals, I believe, Penitential Fridays