Thinking a bit more about confession in light of the scene from the television show Copper I referenced in my last post it occurred to me, once again, how important evangelism is to catechesis and how important catechesis is to living a Christian life. The two characters, Kevin "Corky" Corcoran and Francis Maguire, both of whom, as Irish immigrants and NYC police detectives in the city's roughest section, have done and seen evil acts, muse, a bit like Protestants, about how easy it is to turn to the sacrament of mercy, confess your sins, say an Act of Contrition, receive absolution and then fulfill your penance. If I understand the scene correctly, they are puzzled by what they see as a lack of justice in that schema. Here's how Corky stated it: "Confession, penance, grand reconciliation between man and God. See Father Burke, say a few Hail Marys, and you're free." There is no doubt from the scene that both men have deep regrets, they are contrite, sorry for what they've done and the pain it has caused others and themselves. Among the effects of their actions is the ruination of their lifelong friendship.

Indeed, to make a good confession, one must be sorry for his sins and be committed to not doing what is wrong again. Of course, especially in areas of weakness, we need God's grace to keep that commitment. Receiving the grace necessary to overcome weakness is one reason to make recourse to the Sacrament of Penance and then the Eucharist. What is removed in and through this sacrament is the eternal punishment due to sin, namely hell. What is not removed is the temporal punishment due to sin. It occurred to me that this is the part they were missing in their dialogue. It is not as though all the effects of sin are erased once they are confessed, absolved, and satisfaction (which can never by given or received as if one is redeeming himself) is made. 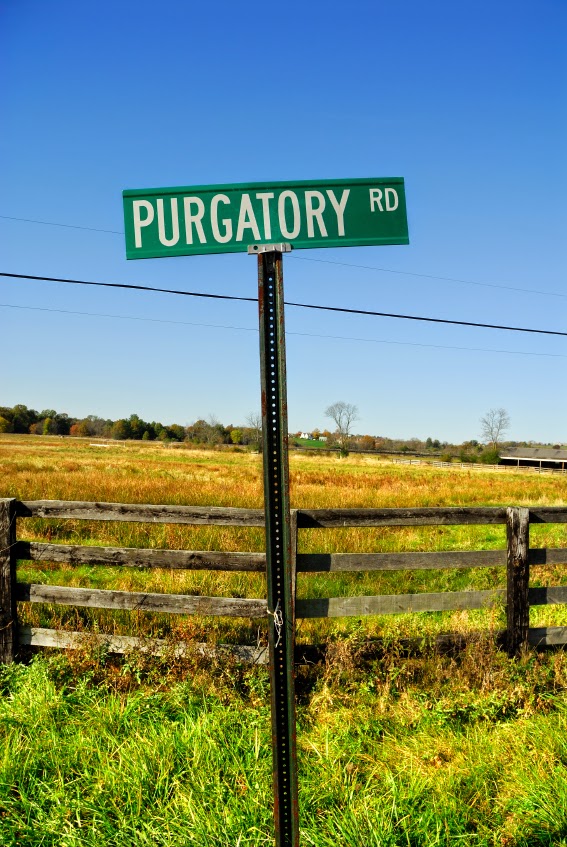 
These punishments are imposed by the just and merciful judgment of God for the purification of souls, the defense of the sanctity of the moral order and the restoration of the glory of God to its full majesty. Every sin in fact causes a perturbation in the universal order established by God in His ineffable wisdom and infinite charity, and the destruction of immense values with respect to the sinner himself and to the human community

It seems to me that this is a fitting reflection for the month of November.

How interesting it would be for a television series to have a well-catechized character who, in a situation like this, discussed temporal punishment and maybe even made reference to seeking indulgences. "An indulgence is the remission before God of the temporal punishment due sins already forgiven as far as their guilt is concerned, which the follower of Christ with the proper dispositions and under certain determined conditions acquires through the intervention of the Church which, as minister of the Redemption, authoritatively dispenses and applies the treasury of the satisfaction won by Christ and the saints" (General Norm 1 from Bl Pope Paul VI's Apostolic Constitution Indulgentarium doctrina). In this context, such an understanding would provide a sound explanation as to why Maguire has been sitting in the Church night after night.
at November 10, 2014