A note on executive orders and the imperial presidency

Thinking about President Obama's executive order on immigration, issued yesterday, 21 November 2014, it seems to me there are two distinct issues in play: what was done and how it was done; the end and the means to that end. Responsible citizenship requires us to consider both. 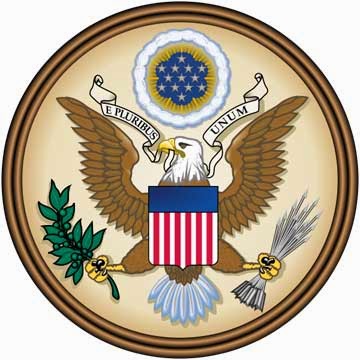 For those of us who live in the U.S. we must acknowledge that the imperial presidency has been a long time in the making. Abraham Lincoln, it seems, can be viewed as the president who inaugurated it. This is brilliantly set forth in Spielberg's spell-binding movie Lincoln. While chattel slavery is a without a doubt a deplorable evil, one our country needed to be rid of, it obscures the whole issue of states rights. Hence, it bears noting that in exchange for recognition as a sovereign nation by Great Britain and France, the Confederate cabinet agreed to abolish slavery within five years after end of the Civil War. The forceful tendencies of an imperial presidency, coupled with claims of U.S. exceptionalism, has also had a tremendous impact on our foreign policy, especially since the end of the Second World War, making it rather violent and increasingly bellicose.

Considering what is set forth in the scene from Lincoln below, the question arises, Is the only thing that matters the here and now? This is the existential question we face when it comes to ordering our lives together has to do precisely with a certain transcendence. Are we truly satisfied with, "I am the President of the United States, clothed with immense power"?

It seems to me that in order to regain the balance of power the U.S. constitution seeks to achieve, Congress needs to start asserting itself across-the-board. Members of both houses of Congress belonging to both parties must start being as concerned, or perhaps more concerned, about how things are done as they are about what is done. Congress needs to be assertive both towards the Executive and Judicial branches, both of which, in my view, have become far too powerful. Bracket for a moment the immediate cause and consider the revolutionary nature of federal judges striking down duly enacted amendments to state constitutions. Even in polity, do ends always justify means? In a democratic republic, does process matter, or are all matters decided in the most oligarchic manner imaginable?

The sad reality is that Republicans denounce President Obama's Executive Order on immigration, not because they are opposed to an imperial (in Obama's case imperious) presidency (they would applaud executive overreach when done on a matter of which they are in favor- the Dems do the same thing), but simply because they oppose what the order mandates. This strikes me as adolescent politics. To highlight this I will, again, point to the part of Spielberg's film that shows how Lincoln's agents went about obtaining the necessary votes and abstentions, which is all artistic license as far as I know, is done in a humorous vein.
at November 22, 2014