Today is the Feast of St Martin of Tours, Armistice Day, Veteran's Day, and my birthday. On this day over the years I have written a lot on these themes, on how I see them converge and even diverge. Today I begin my fiftieth year of life. It hardly seems possible that one year from today I will be 50 years-old. A lot has transpired. 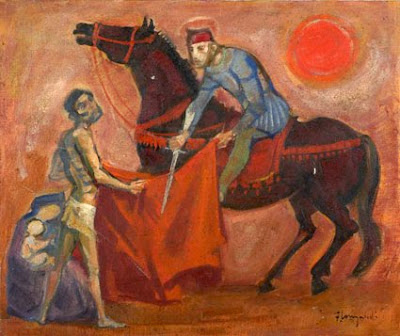 I remember being in high school and worrying about whether I would ever be able to support myself, let alone a wife and children, about making a difference, about being happy, being satisfied. Unlike many people, I was unable to decide about doing one thing. I wanted to do everything! Doing something, of course, takes time and we are only given so much time. The finite nature of our mortality should be no more lost on a Christian than on a person who takes a more existentialist view of life. If nothing else, time limits our choices by imposing a boundary. There is some good news here: I don't feel old. Frankly, I doubt I ever will. It was amazing to see my Mom last night. She is 73 and looks like she's twenty years younger than she is.

Martin Heidegger (another Martin!) began his famous lectures, delivered during summer semester of 1935 at the University of Freiburg in Breisgau, which were later published as An Introduction to Metaphysics, by asking, "Why are there things rather than nothing?" This is the fundamental question of being that Heidegger sought to bring back to the center of philosophical discourse. In order to do this he felt he had to destroy traditional Western metaphysics, which he saw as too corrupt and distorted to be rescued. In his first lecture in this series, "The Fundamental Question," Heidegger shortchanges Christianity: 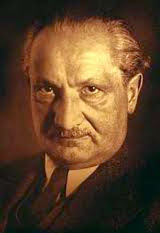 Anyone for whom the Bible is divine revelation and truth has the answer to the question "Why are there things rather than nothing?" even before it is asked: everything that is, except God himself, has been created by Him. God himself, the increate creator, "is." One who holds to such faith can in a way participate in the asking of our question, but he cannot really question without ceasing to believe and taking all the consequences of such a step

Frankly, I beg to differ. First, the answer to the question "Why did God create things rather than simply continue to exist in Trinitarian bliss?" is not self-evident. At the grand level, God could create things for any number of reasons. Secondly, Christians believe that God created gratuitously, that is, there was no necessity for God create anything because God, who is Father, Son, and Holy Spirit, lacked nothing. So, the question, even when answered with either the traditional catechetical response to the question, "Why did God make you?" (i.e., "God made me to know Him, love Him, and serve Him in this life and to live and be happy with Him forever in the next"), or with this from St Paul's Letter to the Colossians- "He is the image of the invisible God, the firstborn of all creation. For in him were created all things in heaven and on earth, the visible and the invisible, whether thrones or dominions or principalities or powers; all things were created through him and for him" (1:15-16)- is not exhausted.

The above intuition (it is nothing more than that, certainly not a deep philosophical insight, of which I am wholly incapable) is why I appreciate the life, work, and witness of Msgr Luigi Giussani so much. I am grateful that quite soon after I became Catholic I read a booklet of his that was sent out one month with every issue of the now defunct magazine 30 Days in the Church and in the World (a publication to which I was highly encouraged to subscribe by a man I met twice in passing via my work- I was a student working part-time), "He Is If He Changes." In his seminal work, The Religious Sense, Giussani tackles the fundamental question head-on and from many different angles and employing several methods.

In the course of an interview with a journalist, Albert Einstein stated, "... he who does not admit to the mystery cannot be scientist" (50). I believe this is also true for anyone desirous of being a philosopher. Giussani went on to observe

By not admitting the existence of that incommensurable "x," by not acknowledging the disproportionate gap between the ultimate horizon and human capacity, one eliminates the category of possibility, the supreme dimension of reason... Life is hunger, thirst, and passion for an ultimate object, which looms over the horizon, and yet always lies beyond it [what Hilary White simply calls "The Real"]. When this is recognized, man becomes a tireless searcher (50-51)

Turning from science to philosophy, Giussani, after citing Shakespeare's "Hamlet" (Act I, Scene 5, lines 166-167), noted, "There will always be more things in heaven and earth - that is reality- than our perception and conception of reality - that is to say in philosophy" (51). This why, according to Giussani, "philosophy must possess the profound humility to be a wide open attempt, earnestly seeking adjustment, completion, and correction; it must be dominated by the category of possibility" (51). If philosophy is not dominated by possibility, then philosophy becomes ideology, operating only on the basis of (often dangerous) preconceptions. 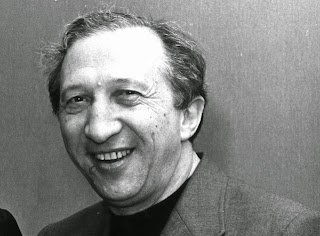 
Rather than lambasting Heidegger for misrepresenting Christianity, it is more fruitful to recognize that the predominant Catholic philosophy (Heidegger was Catholic, having been raised in a devout home, he began his academic career with a brief stint as a Jesuit seminarian) at this time was what is usually denoted as "Neo-Scholasticism," which is contrasted with the dynamism of what might be called "authentic Thomism." It was not until the advent of la nouvelle théologie, among the practitioners of which were included Henri DeLubac, Hans Urs Von Balthasar, and Yves Congar, that Neo-Scholasticism would come in for a thoroughly Catholic critique and correction. While each one used different methodological approaches, their common objective was to reform Catholic theology at a fundamental level by confronting head-on the dominance of Catholic theology by neo-Scholasticism. Hence, Heidegger can be forgiven for his characterization of Christian faith vis-à-vis "The Fundamental Question."

Heidegger, a student of Husserl, mined the phenomenological vein, as did Edith Stein, Max Scheler and others. Phenomenology was also the philosophical method employed by Pope St John Paul II.

As far as St Martin of Tours and the beggar, I think Martin, who encountered Christ, was only able to take pity on the beggar because Christ took pity on him, a beggar. In the words of Don Gius: "Existence expresses itself, as ultimate ideal, in begging. The real protagonist of history is the beggar: Christ who begs for man's heart, and man's heart that begs for Christ."
at November 11, 2014

Email ThisBlogThis!Share to TwitterShare to FacebookShare to Pinterest
Labels: Communion and Liberation, Community of the Heart, discipleship, I believe, Philosophy, Reflections and Ruminations, Theology