The state of Christian marriage

The Manhattan Declaration is an important document. Released on 20 November 2009, this declaration is signed by Protestant, Catholic, and Orthodox leaders, not least among whom are several Catholic bishops and Metropolitan Jonah, head of the Orthodox Church in America. The entire declaration, which focuses on issues of life, marriage, and religious liberty is a well-written and timely declaration of the Christian faith in the contemporary United States. The section on marriage is of particular interest given the current national debate about it, a debate that is very ideological and too often reductive. To give just one quick example of where we are on marriage, there is an effort underway in California, where a state-wide referendum to amend the state constitution to define marriage as being exclusively between one man and one woman narrowly passed last year, to collect enough signatures to get a measure banning divorce on next year's ballot. I am in favor of such a measure, at least of a measure banning so-called no-fault divorce. Trust me, I understand that it is difficult to stay married. If you're looking for reasons to bail on marriage you never have to look far. We need to change our mindset and look for reasons to stay married. Like priesthood and religious life, marriage is not for everyone, though I daresay it is more normative than priesthood, religious life, or being single. Because it is a vocation raised to the dignity of a sacrament, marrying another requires prayer and serious discernment.

Earlier this month, Sharon Jayson, writing in USA Today, demonstrated that many couples marry not expecting their union to last. This attitude builds from another demonstrably bad practice, co-habitating prior to getting married, a subject Jayson also tackled in concise format for USA Today some months earlier. As with Pope Paul VI's predictions about the consequences of the widespread availability of artificial contraception, what the church teaches about marriage holds up well when measured by against reality. Nonetheless, honesty requires me to note that the divorce rate among Christians, including Catholic Christians, does not significantly differ from the overall divorce rate. This flows in part from the pastoral mentality that does not view co-habitation, pre-marital sex, and non-practice of the faith as barriers to being married in the church. Too often there is no judgment made about whether a sacramental marriage is even possible between the two people asking to be joined. I would also say that teaching people it is not necessary to adhere to Christ by endeavoring to be obedient to what the church teaches about sex within marriage, which basically amounts to dispensing married people from practicing and acquiring the virtue of chastity, also contributes to this sad this state-of-affairs. Neither is it unusual for one or both people not be confirmed, often not seeing completing Christian initiation as important. In this regard, it is always important to remember that to truly love an other means to love her/his destiny. 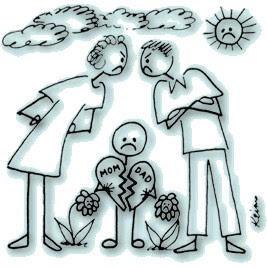 In any event, the authors of the declaration- Robert George, who is profiled in the current issue of the New York Times magazine, Timothy Beeson, and Chuck Colson (a Catholic and two Evangelicals respectively)- begin the section on marriage with self-critical reflection on the failure of Christians to understand and live marriage in a sacramental way:

"The man said, 'This is now bone of my bones and flesh of my flesh; she shall be called woman, for she was taken out of man.' For this reason a man will leave his father and mother and be united to his wife, and they will become one flesh." Genesis 2:23-24

"This is a profound mystery—but I am talking about Christ and the church. However, each one of you also must love his wife as he loves himself, and the wife must respect her husband." Ephesians 5:32-33

"In Scripture, the creation of man and woman, and their one-flesh union as husband and wife, is the crowning achievement of God’s creation. In the transmission of life and the nurturing of children, men and women joined as spouses are given the great honor of being partners with God Himself. Marriage then, is the first institution of human society—indeed it is the institution on which all other human institutions have their foundation. In the Christian tradition we refer to marriage as 'holy matrimony' to signal the fact that it is an institution ordained by God, and blessed by Christ in his participation at a wedding in Cana of Galilee. In the Bible, God Himself blesses and holds marriage in the highest esteem.

"Vast human experience confirms that marriage is the original and most important institution for sustaining the health, education, and welfare of all persons in a society. Where marriage is honored, and where there is a flourishing marriage culture, everyone benefits—the spouses themselves, their children, the communities and societies in which they live. Where the marriage culture begins to erode, social pathologies of every sort quickly manifest themselves. Unfortunately, we have witnessed over the course of the past several decades a serious erosion of the marriage culture in our own country. Perhaps the most telling—and alarming—indicator is the out-of-wedlock birth rate. Less than fifty years ago, it was under 5 percent. Today it is over 40 percent. Our society—and particularly its poorest and most vulnerable sectors, where the out- of-wedlock birth rate is much higher even than the national average—is paying a huge price in delinquency, drug abuse, crime, incarceration, hopelessness, and despair. Other indicators are widespread non-marital sexual cohabitation and a devastatingly high rate of divorce.

"We confess with sadness that Christians and our institutions have too often scandalously failed to uphold the institution of marriage and to model for the world the true meaning of marriage. Insofar as we have too easily embraced the culture of divorce and remained silent about social practices that undermine the dignity of marriage we repent, and call upon all Christians to do the same."

When it comes to out-of-wedlocks births, which occur dispropotionately among people who are poor, maybe we owe Dan Quayle an apology.
at December 19, 2009