On the day before our comemoration of the Lord's Nativity 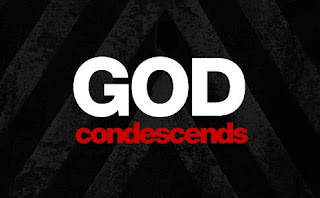 From the people at The Resurgence, it is accompanied by these words:

A Miracle
"In John 6, Jesus performs a miracle of multiplying loaves of bread and fish to feed over 5,000 people. This passage has been used to make the point that Jesus had to wait for the boy to offer his food before Jesus would do his part. When applied to our spiritual lives it looks like this: 'God is really into you, but he wants you to be really into him first and he wants you to make the first move and show him that you are serious and all about his glory. And after you respond, God will look upon you with favor and good pleasure. God may even ‘use you’."

"This is not true. We do not have this miracle recorded for the purpose of trying to convince you to try harder to get God’s attention." 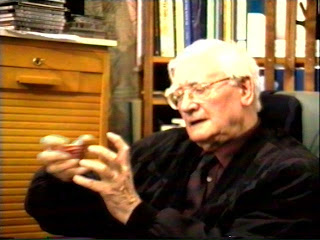 One the remaining theological giants of the twentieth century, one of the Dominicans who launched last century's Thomistic revival, Fr. Edward Schillebeeckx, OP, passed away yesterday, 23 December, at the age of 95. It would be an understatement to say that Schillebeeckx pushed the theological envelope, especially after the Second Vatican Council. Somebody once asked me if there were any happy Catholic theologians. One was Schillebeeckx. He wrote a gem of a small book called I Am A Happy Theologian. Even though he was from Belgium, he lived, taught, and wrote for most of his life in the Netherlands, spending more than 50 years teaching at the Catholic University of Nijmegen. He was educated in Belgium by Jesuits, but joined the Order of Preachers Friars, popularly known as the Dominicans. At the time of his death he was trying to finish a major theological work on the sacraments.

For me, the most valuable achievement of Fr. Schillebeeckx was bringing Catholic theology, especially Thomism, into dialogue and confrontation with contemporary philosophy, especially with the likes of my beloved W (whom I have not mentioned for far too long). His most enduring and controversial work (to tie it to my lead in)remains his two volume Christology, which he dubbed an experiment. Thomism, namely the analogia entis (i.e., analogy of being), remained central to his theological project. He understood, as the titles of one of his books on ecclesiology and another book on Christology show (i.e., Church: The Human Story of God and Christ the Sacrament of the Encounter with God) that our encounter with God in Christ is an existential encounter, which can only be a mediated encounter. As is appropriate for any Christian, Fr. Schillebeeckx was full of hope, which is an appropriate subject for these final hours of Advent. Robert McClory of NCR interviewed Schillebeeckx a few years ago. During the interview McClory asked him how he saw the future, to which the happy theologian responded he was "always" optimistic," explaining his optimism, he said: "I believe in God and in Jesus Christ." McClory recalled that he said that as as if to ask- "And what else would one need?" Indeed, what else?

It was also made known the day before yesterday, that American philosopher John Edwin Smith, who worked in the American pragmatic tradition and who made many valuable contributions to the philosophy of religion, died back on 7 December.

Today's edition of the Italian newspaper, Corriere della Sera features a letter to the editor written by Fr. Julián Carrón, which was given the title That Nostalgia for the Infinite. In my estimation, Carrón is most correct when he observes that "[t]he most convincing sign that Christ is God, the greatest miracle that astonished everyone—even more than the healing of cripples and the curing of the blind—was an incomparable gaze. The sign that Christ is not a theory or a set of rules is that look, which is found throughout the Gospel: His way of dealing with humanity, of forming relationships with those He met on His way. Think of Zacchaeus and of Magdalene: He didn’t ask them to change, but embraced them, just as He found them, in their wounded, bleeding humanity, needful of everything. And their life, embraced, re-awoke in that moment in all its original profundity." He goes on to ask "how do we know that Christ is alive now? Because his gaze is not a fact of the past, but is still present in the world just as it was before. Since the day of His resurrection, the Church exists only in order to make God's affection an experience, through people who are His mysterious Body, witnesses in history today of that gaze capable of embracing all that is human."
at December 24, 2009

Email ThisBlogThis!Share to TwitterShare to FacebookShare to Pinterest
Labels: Reflections and Ruminations, Theology