The narrow path of wisdom and wonder

I read a post this morning in which the author, who I gather is something of a post-Christian Christian, writes about taking an apophatic approach to God as if nobody in the past 2,000+ years has ever conceived of such an approach. What does "apophatic" mean? Simply stated, an apophatic spirituality, as it were, is one that seeks God by way of negation. Some of our standard ways of talking about God are apophatic. For instance, when we say, "God is infinite," we're saying something negative about God. The prefix in is a negative one, meaning something like "without finitude." To say that "God is infinite" is to say that God is not bound by space. We say this now with knowing the universe, or space is expanding.

What I appreciate about post-Christian Christians, however, is their rejection of pious platitudes and smug certainties that comprise much popular Christian discourse, especially on social media. But many post-Christian Christians tend towards another kind of smugness, which I can only describe as "I've got it figured out by not having it figured out." Understood as something like, "The more I learn, the less I know," I have no problem with it. I certainly find this approach more attractive than its opposite. Very often implied in this kind of assertion is the belief that nothing can be figured out. In other words, such an approach can be too skeptical. I use "too skeptical" because I think we need to develop and maintain a healthy skepticism.

What the skepticism often exhibited by adherents to the school of "I've got it figured out by not having it figured out" has in common with the smug certainty of having it all figured out, is that its adherents labor under a confining set of preconceptions. In short, it is foolish to insist that there is no discoverable wisdom and perhaps even more foolish to think yourself possessed of it, especially in toto. To think you have it all greased is a sure sign you've reduced the Mystery to your own measure. 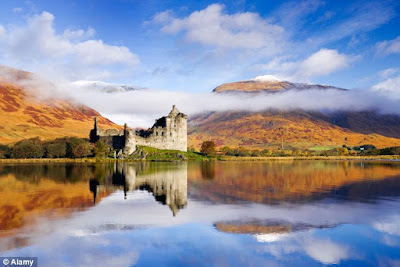 The human existential condition is one of tension. This is why Christian orthodoxy primarily consists of maintaining the tension between two seemingly disparate things. At a fundamental level, the best example of this is one and three, as in one God in three divine persons; each person distinct from the other and yet together are one God, not three. The next most fundamental example would be one in two, as in one person in two natures, one human and one divine.

Something that appears to be self-contradictory but is understandable in a way that is not is called a paradox. Because it has to do with the Mystery of God-made-man-for-us, Christianity is inescapably a religion of paradox. It seems to me the central paradox of Christianity, existentially-speaking, is dying in order to live forever. Dying in order to live requires a rather heavy dose of apophaticism.

It is critically important to never lose one's capacity for wonder. Wonder is maintained by not smugly giving into skepticism on one hand and not settling for smug certainty on the other. Put in very bad poetic terms: the path of wonder that leads to wisdom winds between the Scylla of skepticism and the Charybdis of smug certainty.

Since I was too busy to post a Friday traditio yesterday, I am posting "The Eternal" by Joy Division:


Stood by the gate at the foot of the garden,
Watching them pass like clouds in the sky,
Try to cry out in the heat of the moment,
Possessed by a fury that burns from inside
at October 28, 2017