Below is my presentation for the first of six evenings we are discussing the Reformation. I gave this as a member of a collaborative panel that included, in addition to myself, clergy members from the Lutheran, Episcopalian, and Methodist communions. The subject the panel addressed was "Socio-Economic Conditions Provoking Religious Reformation." The nature of these discussions is not academic, but popular, pastoral, and ecumenical.

While it was by no means the only event that led to the split of the Western Church in the sixteenth century, the sale of indulgences can, I think, be identified as the efficient cause of the Reformation. Given that Luther was not excommunicated until 1521 along with his protection by Frederick the Wise, Elector of Saxony, who never converted to the Protestant cause, we can infer that there were other social, economic and political reasons that led to the schisms within the Western Church. It can be credibly argued that Luther’s reaction to the sale of indulgences in Wittenberg was the spark that ignited the accumulating socio-economic tinder.

In the years leading up to 1517, reform of the Church had been a matter of debate and discussion throughout Europe. Given that Europe at this time was a “Christendom,” the corruption of the Church must be considered as one of the main socio-economic factors underlying the Reformation. This assertion does not mean the Reformation was primarily, let alone exclusively, the result of theological disputes. Two of the most prominent exponents of Church reform in the first quarter of the sixteenth century were Erasmus of Rotterdam, who famously engaged in public debate with Luther, and Thomas More of England. More is best known, however, for dying as a Catholic martyr under Henry VIII. Prior to the English Reformation, More was a public critic of the Church and a proponent of major ecclesiastical reforms.

Upon his selection as pope in 1503, Julius II swore an oath to convoke a reforming Church council. In 1512, he called the Fifth Lateran Council. He died in 1513. The Council continued under his successor, Leo X. Leo was a member of the powerful de ‘Medici family of Florence. It was Pope Leo X who said about becoming Pontiff: “Let us enjoy the papacy which God has chosen to give us.” In other words, he bore none of the hallmarks of a pope willing to make the needed reforms. The council concluded in 1517. Leo X died in 1521, but not before excommunicating Luther. 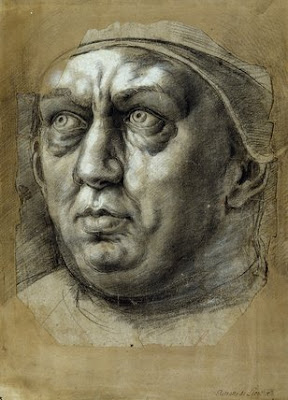 The Church Leo inherited from his predecessor made it so that he needed to constantly raise revenue. In addition to finishing the new St. Peter’s Basilica, there were wars with France, which required men for papal armies. Like his predecessor, who patronized Michelangelo among other well-known artists, Leo was a lavish patron of the arts. In addition to wars with France, there was the Turkish threat to Christian Europe. Pope Leo was created a cardinal of the Holy Roman Church at age 13. He lived the Renaissance high life. It is worth noting that his papal inauguration cost 100,000 ducats, which is estimated to be about one-seventh of the Holy See’s treasury at the time. His extravagant lifestyle, in addition to the wars and the construction of the new St. Peter’s Basilica, put a lot of pressure on Rome’s finances. At one point, Leo had to borrow money from bankers, who charged him an estimated 40% interest. Selling church offices was one way he raised money. In 1517 alone, Leo X created 30 new cardinals, all of whom paid princely sums to be Princes of the Church. This is believed to have netted around $500,000 ducats.

Archbishop Albert of Brandenburg, who simultaneously held the see of Magdeburg and the metropolitan see of Mainz, and to whom Luther addressed his 95 theses, acquired both episcopal offices by paying handsomely for them, leaving him in debt. It was Albert who authorized the selling of indulgences in Wittenberg and environs. Half of the funds obtained by selling indulgences were sent to Rome and Albert kept half for himself. John Tetzel was in the employ of Albert.

Some of the decrees of the Fifth Lateran Council that have bearing on the socio-economic conditions underlying the Reformation were the sanctioning of something called the monti di pietà, which were highly controversial ecclesiastical payday lender establishments that provided loans to the needy; dealing with the relatively new invention, the printing press (the internet of its day, despite the printing business’s shaky start), which was making books widely available, requiring the local bishop to grant permission before a new book was printed (beginning of the current system of issuing nihil obstats and the office of censor liborum); confirmed the Concordat of Bologna- an agreement between the Holy See and the Kingdom of France, by which the French king agreed to the abrogation of the Pragmatic Sanction of Bourges, issued in 1438, which, among other things, called for a General Council with an authority greater than the pope’s (the rise of Gallicanism- a specifically French form of conciliarism, which persisted until Vatican I in 1870); the Concordat of Bologna allowed the Holy See to collect all the income that the Church made in France, it also permitted the King of France to tithe the clergy; called for a Crusade against the Turks, to be funded by three years of increased taxes and would have required troops from the independent kingdoms and from the principalities that constituted the Holy Roman Empire.

Despite the council, the papacy’s power continued to diminish as France, Spain and England asserted themselves as kingdoms, or, in more modern parlance, nascent nation-states, seeking increased independence from the Church. The internal politics of the Holy Empire also tended to undermine papal authority and made levies on these entities a cause of political resentment. Luther’s protest against the sale of indulgences consolidated these resentments. Last but certainly not least among the socio-economic factors contributing to the Reformation was the chaos and uncertainty that resulted from outbreaks of the Black Death.
at October 04, 2017