Are you bearing fruit for God's kingdom?

As the Lectionary does during Ordinary Time, the Gospel reading is harmonized with the Old Testament reading. In fact, one can be quite certain that the inspired author of St. Matthew's Gospel had Isaiah's "Song of the Vineyard," as Isaiah 5:1-7 is known, very much in mind, while composing the pericope that serves as today's Gospel reading. I think it is also helpful to keep in mind that Matthew's Gospel was written in and for a largely, but likely not exclusively, Jewish Christian community. Without exaggerating, one can say Matthew's community was a Christian synagogue. Of course, Jesus himself is Jewish and spent the entirety of his life in Israel interacting primarily, but not exclusively, with his fellow Israelites. In one of his most dramatic interactions with a non-Jewish person, Jesus told the Samaritan woman at the well, "salvation is from the Jews" (John 4:22).

It is important to grasp a little background in order to understand the full impact of Jesus's words, which, in context, are addressed to "the chief priests and elders of the people." The Parable of the Tenants is quite easy to understand. God is the landowner. The nation of Israel is the tenants. The servants are the prophets, whose vocation was to call Israel back to fidelity with the covenant. The son, of course, is Jesus, Son of God. The takeaway is that God will take away his kingdom from the Israelites and give it to people who will produce fruit for God.

Sadly, this Parable lends itself to a smug Christian reading. The people to whom God will give his kingdom is the Church, of course, which is nothing but Israel extended. But we need to reflect a bit on the nature of the Church. Hans Urs von Balthasar, one of the greatest Catholic theologians of the last century, wrote a treatise on the Church: Casta Meretrix, which translates into English as "The chaste whore." As I noted yesterday in my post on Luther, the Church in the sixteenth century was quite whorish. It was at other times, too, as in the twelfth century, the era of that other great Church reformer, St. Francis of Assisi, who set about rebuilding Christ's Church. 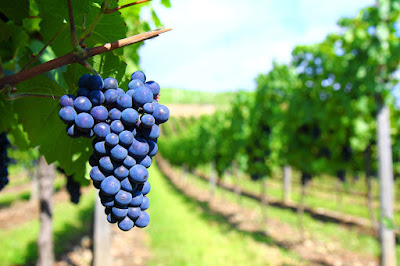 In the end, the true Church consists only of the saints. The saints are those men and women who produce fruit for God's kingdom. In the end, the Church will consist of only the saints, the wheat, the fruitful. At the end of time the chaff, the fruitless, those who say "Lord, Lord" and do nothing, will be sifted and separated.

Being fruitful for God's kingdom is a constant theme throughout St. Matthew's Gospel, whether it is applied to Israel, the Church, or individual disciples. While we are saved by grace through faith in Christ Jesus, we are saved for good works, for bearing fruit for God's kingdom. Those who bear such fruit constitute the Church. This is why Leon Bloy was correct when he averred: "There is only one tragedy in the end, not to have been a saint."

What is the fruit we are to produce for God's kingdom? I think the Corporal and Spiritual Works of Mercy serve as great guides. It seems clear to me that Jesus prioritized the Corporal Works over the Spiritual ones. What are the Corporal Works of Mercy? Feeding the hungry, giving drink to the thirsty, clothing the naked, visiting the sick, and visiting those in prison. By doing these things for the least, we do them for the greatest: Jesus Christ, who "did not come to be served but to serve and to give his life as a ransom for many" (Matt 20:28).
at October 08, 2017