"I was always looking left and right"

In addition to David Bowie's passing, this week also marks the thirty-ninth anniversary of the release of his album Low, the first album of his so-called Berlin Trilogy. After spending several years in southern California once he "hit it big," Bowie retreated to Berlin to recover from his lifestyle of excess, which resulted in a fairly serious cocaine addiction.

Bowie later claimed to only have sketchy memories of his time in California, even claiming not to remember recording his Station to Station album. Station to Station was the album just prior to Low. While I am sure there is some truth to his reported lack of memory, it's easy to imagine there were things he later simply preferred not to remember, perhaps like the episode involving the 15 year-old Sable Starr (see "Oh! You Pretty Things: Spotlight on David Bowie and Catholic Sex Scandals"). Speaking of his time in Berlin, Bowie observed that by moving there from California he moved from the cocaine capital of the world to the "smack" (i.e., heroin) capital, but he had "no taste for smack." And so it appears Bowie got clean in Berlin. 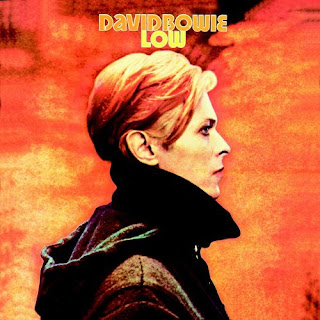 The Rolling Stone Album Guide says that Low is "the music of an overstimulated mind in an exhausted body . . . [the album] sashays through some serious emotional wreckage." In an article posted yesterday on the anniversary of Low's release, Frankie Deserto tells the story of how Low began as the soundtrack for Bowie's film The Man Who Fell to Earth, for which it was rejected, and later became a seminal album, making many critical 100 best album lists: "David Bowie: Low."

Our Friday traditio for today is "Always Crashing the Same Car" off Low:

I would also draw your attention to Henry Rollins' remembrance of Bowie, which he accomplishes through the prism of Bowie's last album Blackstar:

Blackstar is on the level of Low, Heroes or any of Bowie’s standout works. It is hard to listen to because it was obviously written with his [terminal] condition in mind. The final lyric of the last track, "I Can’t Give Everything Away," repeats the song title over and over, like a mantra, and makes me want to chase after him as the song fades away, pleading with him not to go

It seems that, at least for Rollins, Bowie's Blackstar has the effect of what I might call in my pedestrian manner of writing, "good art" in that by listening to it he confronts his own mortality- ars moriendi. Today I plan to listen to Blackstar in its entirety for the first time.


It's impossible not to mention the passing of actor Alan Rickman, who, like Bowie, passed this week at age 69. His passing was also due to the terminal effect that cancer has on so many of its victims. Almost without doubt, Rickman's best work as an actor was on stage. But his film Truly, Madly, Deeply has rightly been described as a minor masterpiece. But as an unabashed Harry Potter enthusiast, I have to state that Rickman was nothing short of sublime in his portrayal of Severus Snape. Hence, I can't help posting Rickman's take on the fascinating character of one of J.K. Rowlings' best creations: 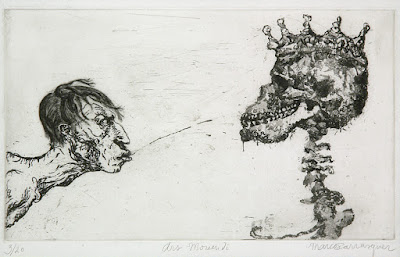