"And the shame, was on the other side"

It seems I'm not quite done with David Bowie yet. As a result, our Friday traditio for the last Friday in January is Blondie covering Bowies "Heroes" live in London way back in 1980. "Heroes" is the title track off the eponymous album, which is the second of Bowie's Berlin's Trilogy, sandwiched between Low and Lodgers. 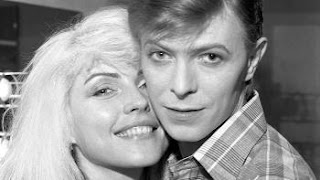 
The song "Heroes" was inspired by Bowie seeing his producer, Tony Visconti, kissing his girlfriend in front of the Berlin Wal, near the recording studio they were using and nearby where they lived in West Berlin.


I can remember
Standing, by the wall
And the guns, shot above our heads
And we kissed, as though nothing could fall
And the shame, was on the other side
Oh, we can beat them, forever and ever
Then we could be heroes, just for one day


Love has political implications, always and everywhere, in all times and places. Plus, it's easy to forget that Blondie, apart from having the stunning Debbie Harry fronting, was a very good band.

Email ThisBlogThis!Share to TwitterShare to FacebookShare to Pinterest
Labels: Community of the Heart, Cultural, Politics, Reflections and Ruminations