Due to busy-ness I was unable to post a Friday traditio yesterday. So, I am putting up a Saturday morning traditio instead.

As I am sure both of my readers know, Glenn Frey's passing followed closely on the heels of David Bowie's. I don't think anybody who was alive in the U.S. in the 1970s  is unfamiliar with The Eagles' music (they broke up in 1980 and did not reunite until 1994). It's interesting that the band formed when they were Linda Ronstadt's band. There's a pretty good likelihood that many of us in our 40s, 50s, and 60s know all of the lyrics to quite a few Eagles' songs. The Eagles music is familiar to me from listening to it with my parents driving in the car when I was a child, or listening with some of my older cousins. I have always enjoyed their music. I remember 20 years ago, or so, listening to a recording of one of their Hell Freezes Over tour concerts on a long plane flight home after spending quite awhile overseas. Their music sounded like home.

It seems appropriate that Frey hailed from the Detroit area. His first band, The Subterraneans, took their name from one of Jack Kerouac's novels. Suffice it say, Glenn Frey was a contributor to that glorious collection we frequently call "the American songbook." Frey, who suffered terribly for years from rheumatoid arthritis, was only 67 at the time of his passing. 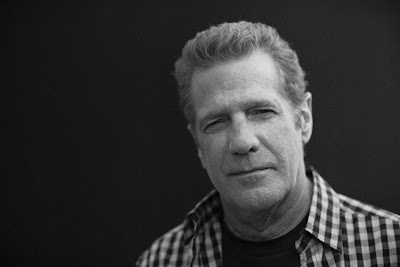 Our traditio for this week is The Eagles' "Take It to the Limit," which is my favorite Eagles song. I love songs of longing. Isn't life, to a very large extent, longing? At least for me, that is a rhetorical question. I like that it's a live performance from way back in 1977. The song was written as a collaborative effort between Frey, Randy Meisner, and Don Henley:


And when you're looking for your freedom
(Nobody seems to care)
And you can't find the door
(Can't find it anywhere)
When there's nothing to believe in
Still you're coming back, you're running back
You're coming back for more
at January 23, 2016