"Do you believe in rock n' roll?" - a uniquely American eschaton

After three very light months of blogging, I though I'd begin September with a post. Since it is Friday, it is appropriate to post a traditio. What to hand-on is always the question. Yesterday evening, on the flight home from a business trip the airline provided me with free earbuds. After reading for most of the trip, I decided to find some music in the airplane's computerized entertainment system. I have to say, it was nice to look out the window of the plane and listen to music. 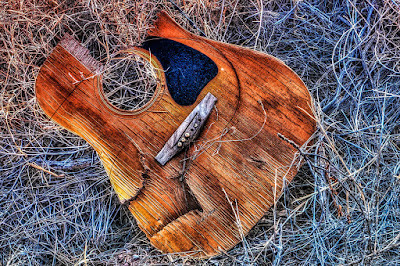 Of all the songs I listened to in the hour-and-a-half I was most struck by the song that was perhaps the oldest: Don McLean's "American Pie." While the song refers specifically to the 1959 plane crash that killed Buddy Holly, the Big Bopper, and Richie Valens. Of course that plane crash was symbolic.

For many years McLean resisted attempts to "explain" his song, insisting "that songwriters should make their statements and move on, maintaining a dignified silence." In 2015, in the auction notes for the original manuscript of the song, McLean wrote: "Basically in American Pie things are heading in the wrong direction. ... It [life] is becoming less idyllic. I don't know whether you consider that wrong or right but it is a morality song in a sense."

While decoded references, like Elvis as the king and Bob Dylan as the jester (a designation he apparently didn't like very much), the song in one sense is tied to an era, to "a generation lost in space." It is a great song, however, because it transcends the era. It is a song with a theology, one influenced by a certain strand of the death-of-God theology that became so prevalent in the late 1960s. McLean sings about faith, the silencing of Church bells, the Trinity heading for presumably the West Coast.

If the music ever really dies, we're in deep trouble. My suggestion? Find some time this weekend to sit and listen to some tunes.
at September 01, 2017