Playboy, Morrissey, and the Archangels

It's Friday, the last one this September. As is the world's wont, the beat goes on. In other words, the world keeps spinning on its axis and events continue to unfold. It would be too easy to take the death of Hugh Hefner as my starting point for this post, especially given that President Trump appeared on the cover of Playboy's March 1990 issue. It was no youthful gaffe. He was 43 at the time and has expressed pride in being chosen to be on the cover. For some, I guess character counts until it doesn't.

Me? I think Hefner was an exploiter of women and someone whose contribution to society was largely negative. In all honesty, I think he was pretty creepy. In writing this I am not judging him in the manner that, as a Christian, I am forbidden from judging anyone. I hope God has mercy on him. Well, so much for not taking "Hef's" death as my starting point. I am not much of a prude, as readers of this blog can tell you. Depending how in-depth an analysis you are looking for, mileage may vary, as Damon Linker's article demonstrates. 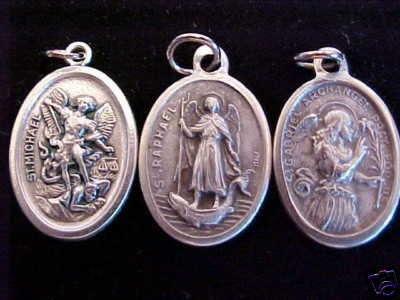 Since it's been awhile, I found it difficult to decide what song I should feature as our Friday traditio. The J. Geils Band's "Angel is a Centerfold" is way too predictable. Morrissey's "The Last of the Famous International Playboys" was also a possibility and kind of in the ballpark theme-wise. Trouble is, the traditio is not thematic in that way. I posted Morrissey's song on Facebook. An important aside: I am going to see to Morrissey a week after my birthday: 18 November.

Today is the Feast of the Archangels: Michael, Gabriel, and Raphael. The Holy Father delivered a beautiful homily for today's feast. In his homily, he urged us to pray to the archangels. To Michael who helps us in the battles of the war we all must wage . To Gabriel (who is our youngest son's baptismal patron) so that we never forget the Gospel, of whom he was the herald when he announced to the Blessed Virgin that she was going to bear God's Son. To Raphael, who, Pope Francis said, "walks with us" to protect us from "the seduction of taking the wrong step."

Therefore, our traditio for this wonderful feast is by Ralph Vaughn Williams, a text set to a very familiar tune. It was sung as part of the sacred liturgy at St Michael Church in Stillwater, Minnesota several years ago.