The weeks of 2019 are rolling by. This is the last traditio of the first month of the new year. I suppose the new year is still young. If we take the Biblical "threescore years and ten" (Psalm 90:10- KJV) as our baseline, 2019 isn't quite six years old yet. Whew!

Last Friday posted about the March for Life and how instead of becoming a right-wing political rally narrowly focused on overturning Roe v. Wade- the aftermath of which may be worse than the status quo- it needed to be more holistically pro-life. As if a case-in-point were needed, along came the students of Covington Catholic high school wearing pro-Trump MAGA hats. I know there has been a lot of back-and-forth about whether the behavior of these students was reprehensible, naïve, or entirely non-threatening. I am going with reprehensible and naïve. I will point to two articles that represent my views on what happened. The first is an opinion piece by Bishop John Stowe: "Wearing a Trump hat? That’s not exactly pro-life". Stowe serves as bishop of Kentucky diocese that neighbors the Diocese of Covington, the Diocese of Lexington, Kentucky. In his op-ed he stated his view of the matter very clearly:

I am ashamed that the actions of Kentucky Catholic high school students have become a contradiction of the very reverence for human life that the march is supposed to manifest. As such, I believe that U.S. Catholics must take a look at how our support of the fundamental right to life has become separated from the even more basic truth of the dignity of each human person.

Without engaging the discussion about the context of the viral video or placing the blame entirely on these adolescents, it astonishes me that any students participating in a pro-life activity on behalf of their school and their Catholic faith could be wearing apparel sporting the slogans of a president who denigrates the lives of immigrants, refugees and people from countries that he describes with indecent words and haphazardly endangers with life-threatening policies

I appreciate Bishop Stowe's intervention very much. It takes some courage, given where he serves for him to publicly express these views. I must admit that I am a little stumped that being "fair-minded" has come to mean believing and promulgating the right-wing spin on what happened.

This brings me to the second piece, written by Jason Wilson for The Guardian: "How conservative media transformed the Covington Catholic students from pariahs to heroes." Don't get me wrong, I feel bad for the young people involved, even the kid, Nick Sandmann, who was standing and leering at Native American marcher Nathan Phillips, who was participating in a different march- that for Indigenous Peoples. These young people needed savvy adult chaperons and now they need guidance and correction, not vilification. But, as Christians, they should've known better. Suffice it say, no black teen would be given a revisit or the benefit of the doubt. Tamir Rice and Trayvon Martin come immediately to mind. 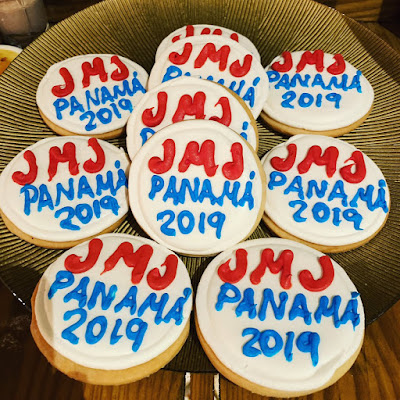 Sadly, the March for Life has largely become a right-wing political rally. As I noted last week, it has a very narrow focus, one that is certainly not full-spectrum pro-life. As a result, an increasing number of pro-lifers would not be caught within 10 miles of any March for Life.

In further developments, I've read claims that the Native American marchers had plans to disrupt Mass in D.C. (see "Basilica confirms Nathan Phillips protest attempted Mass disruption"). Granting the truthfulness of what Ed Condon's article asserts, I would say such an attempt is not a good thing. Even if true, it's doubtful these young people knew about it. Even if it is true AND these young people knew about it, theirs was not a Christian response.

I've also seen a meme featuring a picture of the leering lad with an Orwell quote from 1984 about what in Newspeak is called "facecrime." To my knowledge, the young Mr. Sandmann violated no law is in no danger of being arrested and sent to a reeducation camp where he must learn to love Big Brother. The point is, rather, whether his behavior and attitude bore the hallmarks of Christian witness or even respect for the human dignity of the Native American protestors. Digging a little deeper, it seems the irony of invoking Orwell was completely lost on whoever created the meme and those who re-posted it. In light of actual history, as opposed white-washed history, a young white man leering ominously at an elderly Native American man smacks more of this: "If you want a vision of the future, imagine a boot stamping on a human face - forever."

Today the Holy See released the Holy Father's Message for 53rd World Communications Day. The beginning of the Pope Francis's Message is worth quoting:

Ever since the internet first became available, the Church has always sought to promote its use in the service of the encounter between persons, and of solidarity among all. With this Message I would like to invite you once again to reflect on the foundation and importance of our being-in-relation and to rediscover, in the vast array of challenges of the current communications context, the desire of the human person who does not want to be left isolated and alone

World Youth Day(s) is going on this week in warm, sunny Panama. I am so grateful that my youngest daughter, who went on her own dime, is there. Pope Francis himself has arrived to be with the youth of Church. During his in-flight press conference on the way to Panama, referring the fear of immigrants, of migration, of the other, the Pontiff noted that this fear "is making us crazy." I take this as an implicit plea by the Bishop of Rome for Christians to be missionary disciples by creating a culture of encounter. Judging from my daughter's What'sApp messages and photos, this is what is happening in Panama. Since she is staying with a friend, she is participating in WYD events with a Panamanian parish. She is utterly in awe of how easy it has been to meet so many different people from all over the world, to encounter different languages, cultures, etc. and in that to discover our common humanity. This is what our young people need to experience. It is how they will experience being truly Catholic. Perhaps WYD would've been a better destination for the students of Covington Catholic than Washington, D.C.

In his opening address to the young people gathered in Panama, Pope Francis hit just this theme:

We come from different cultures and peoples, we speak different languages and we wear different clothes. Each of our peoples has had a different history and lived through different situations. We are different in so many ways! But none of it has stopped us from meeting one another and rejoicing to be together. The reason for this, we know, is that something unites us. Someone is a brother to us. You, dear friends, have made many sacrifices to be able to meet one another and in this way you have become true teachers and builders of the culture of encounter.

Today is the Feast of the Conversion of St. Paul. And so, it is a good day to pray for conversion, for my own, for that of the young people celebrating WYD, as well as that of the entire People of God. Specifically, may Catholics in the U.S. learn how our support for the most fundamental of all rights- the right to life- flows from what Bishop Stowe characterized as "the even more basic truth of the dignity of each human person." As missionary disciples of the Lord Jesus, may our words and actions express these truths as love. Such a conversion can only result in becoming full-spectrum pro-life, as opposed merely to being "pro-birth," as important as that is.