How is 2019 going? I hope it's going well for you so far. Me? It's going well. If I am being honest, my only complaint is that, like 2018, this year is shaping up to be busier than I would care for it to be.

I have been busily working on my tome on the theological foundations of a diaconal spirituality in the hopes of soon completing my Doctor of Ministry (DMin) degree. Currently I am about two-thirds of the way to completing the third (of an anticipated six) chapter. It is on kenosis, or self-emptying. You know, that verse from the New Testament (Philippians 2:7) in which St Paul, using what is likely an early Christian hymn- now called by Bible scholars "the Kenotic Hymn"- writes about Jesus that "he emptied himself." By taking on our humanity, Jesus is said to have emptied himself of his divinity. I agree with Jesuit scripture scholar Brendan Byrne when he insists that saying Jesus emptied himself of his divinity in order to become human is metaphorical. In other words, the divinity Jesus is said to have emptied himself of is not divinity at all, but an all too human misconception of it. To see Jesus is to see God (John 14:9; Colossians 2:9). 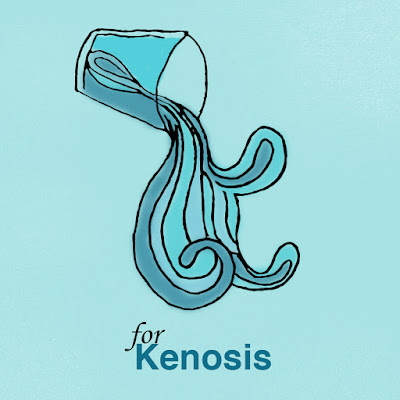 As I was pondering this week's Friday traditio I heard the group Burning Sensation's song "Bell of the Whale" this morning. As I sat down and began to write this I thought the whale, or large fish, or whatever certainly emptied itself when it spit Jonah up on the Mediterranean shore nearest Nineveh, which, were this story historical, would have required the recalcitrant prophet to cover a lot of desert before arriving at his destination. This led me to mentally make the leap to Heidegger's concept of "thrownness." The German word is Geworfen. Geworfen is the word Heidegger used to denote the inscrutably arbitrary nature of Dasein (i.e., human being). Yeah, not much there yet by way of concrete linkage but there's certainly some intellectual raw material with which to work.