Books and the world; Catholicism versus Catholisilly

As a result of an article posted on the website of the dissident "Catholic" website Church Militant, the husband of a dear friend is under fire and perhaps in danger of losing his job. The husband of my friend is Dr. Stephen Lewis. Dr. Lewis chairs the English Department at the Franciscan University of Steubenville. On a couple of occasions a number of years ago, I had the privilege of meeting Dr. Lewis. Through my paltry participation in the ecclesial movement of Communion and Liberation, with which I have been affiliated more or less (these days less) since around 2007, I have been good friends with his lovely wife Suzanne.

If you can bring yourself to do so, you can read the initial Church Militant article: "Franciscan Univ Defends Use of Pornographic, Blasphemous Book." If you (understandably) can't bring yourself to give Church Militant any clicks, then just know that at the heart of the controversy is Dr. Lewis's assignment of the English translation of a book by French author Emmanuel Carrère, Le royaume, or, in English, The Kingdom. Originally published in France back in 2014, the book was translated into English and published in 2017. Church Militant, in truly prurient fashion (i.e., masked as moral outrage), does a great job laying out the salacious details found in Carrère's prose. I can only imagine their excitement is "discovering" something so titillating to "report" on and read (about).

To say that Carrère is a provocative writer is to understate matters by orders of magnitude. Perhaps the most provocative aspect of Carrère's work is his genre-bending, a term lifted from Tim Whitmarsh's February 2017 review of The Kingdom for The Guardian newspaper. Whitmarsh goes on to describe what he means by genre-bending: "Carrère is not an easy writer to categorise, working as he does at the intersection between fiction, biography, autobiography and history."

As someone who has written, (though not in-depth- see "Martin Scorcese") about the role The Last Temptation of Christ- first the movie and then the book- played in my own conversion, I have to say, Carrère's book looks fascinating to me. In addition to writing his fictional-autobiographical-historical books, Carrère, as Whitmarsh notes, "is also – importantly – a screenwriter, and a sensualist who likes to feel the world he describes." The Kingdom, the review continues, "is his attempt to get under the skin of Luke, the author of the Acts of the Apostles, and to imagine his way back into that world." After noting that, like most scholars who study the New Testament, Carrère takes Acts to be a work by the same author who wrote the Gospel According to St Luke, Whitmarsh is correct to point out that Carrère is all on his own when, in The Kingdom, he asserts "that Luke wrote the New Testament’s epistles of Peter, James and John." 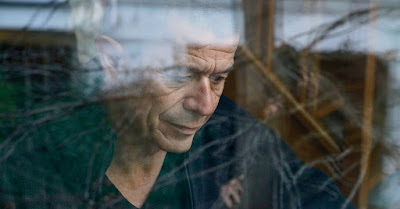 
If your stomach can take it, Church Militant did a follow-up piece in response to the University's apology for one of its professors having the audacity to assign a provocative and challenging book to students: "Concerns Remain After Franciscan Univ Apologizes for Blasphemous Book." Predictably, this article contains the raging of the "righteous," who seem oblivious to self-righteousness their harsh words exhibit to anyone not sharing their soda straw view of the world, a view that can hardly be considered Catholic in any meaningful sense. Of course, a number of those quoted make all kinds of threats and demands. Their threats mostly consist of not sending prospective students to Franciscan U and/or withdrawing financial support. Their demand? That Prof Lewis be harshly disciplined or even fired.

While it may seem they are outraged by Carrère's far less than pious thoughts about the Blessed Virgin Mary, there is a passage in Whitmarsh's review that, I believe, gets to the heart of the matter, which is fear. It has to do with the autobiographical aspect of the book:

The first part of [The Kingdom] is called "The Crisis", and deals with the transformation of a secular cynic – "the egocentric and mocking Emmanuel Carrère" – into an obsessive Catholic, attending Mass every day, and filling notebooks with endless pious commentaries on John’s Gospel. He paints himself here with a Knausgaardian palette, as an unlovable narcissist whose self-absorption leads him to neglect all around him, particularly his family. Gradually, faith deserts him. It’s a tale of slow disenchantment with the intellectual acrobatics of belief. His pious episode, however, has changed him irreparably; there is no going back to his cynical former self. 'Case closed? It can’t have been completely.' Like many a 'post-Christian', he ends up with a great faith-shaped hole inside, which he is desperate to fill somehow. The rest of the book is his attempt to come to terms with that loss

This is what really worries the angry mob.

This is no insult to Stephen Lewis, but looking at his academic credentials (B.A. Swarthmore College and then M.A. and Ph.D. from the University of Chicago), I am surprised that Franciscan University was able to land such an academic heavy-hitter. It is to his credit that he not only brought but has kept his erudition at Franciscan U. Lest you think I am simply engaging in degreeism by mentioning the institutions from which he graduated, Lewis is the English translator of a number of important works by contemporary French philosophers. Chief among these authors is Jean-Luc Marion, at least five of whose works Lewis has translated: Giveness and Revelation Negative Certainties, The Reason of the Gift, The Erotic Phenomenon, and Prolegomena to Charity.

There are many, many days I am glad that I received my philosophical undergraduate and graduate education at a state university. Today is one of those days. It was as an undergraduate Philosophy student that I was baptized and became a Roman Catholic. My conversion was in no way a reaction against my academic formation but very much the product of it.

Both because Carrère's book fascinates me and in solidarity with Stephen Lewis, I ordered a copy of The Kingdom this very afternoon. Is there anything more interesting than a book placed on the Index Librorum Prohibitorum or a banned book? I will not begin reading it, however, until I finish the Philip Roth novel the author loved best: Sabbath's Theater. But then, being a literary heretic, which makes me pretty Catholic, I also read and enjoyed Cain, the controversial novel by Nobel laureate José Saramago (see "Cain by José Saramago – review"). With no sarcasm or facetiousness whatsoever, I can say, like a "good" Catholic, I have been including the Lewis family in my daily Rosary petitions.
at January 11, 2019