Last Sunday, which was Palm Sunday, I started my weekly reflection on the readings but I did not finish it. The reason I did not finish is because I just had too many other things to do. I thought that during these last few hours of Lent, as we approach the Triduum, I would post my incomplete reflection.

If the Gospels are the heart of the Scriptures, that is, of the Bible, then the Passion narrative constitute the heart of the Gospels. This year is Year B of the Sunday lectionary, which means that St Mark's Gospel is featured throughout this year, including today, Passion, or Palm, Sunday. It bears pointing this out because Mark's Gospel is most likely the first of the canonical Gospels to be written. What, chronologically, comes towards the end, the Passion narrative, is really at the center of this Gospel.

To give just one example of this I will point to Simon, the Cyrenian, who was pressed into service by the Romans in order to help Jesus carry the cross. It seems clear that Simon was one of Jesus's followers. Whether he was a disciple prior to his encounter with Jesus on the via crucis or became as a result of that encounter we do not know. It seems more likely to me he was one prior to this event, which would explain his presence in the first place. It is notable that the inspired author of Mark's Gospel, which is believed to be comprised of St Peter's post-resurrection preaching about Jesus in Rome, points out not only Simon's place of origin, Cyrene, in modern-day Libya - where there was a large Jewish community, as there was in most every city along the Mediterranean coast - but that he was the father of Alexander and Rufus (Mark 15:21). Presumably, Simon's sons would be known by the ancient Christians for whom this Gospel was written. 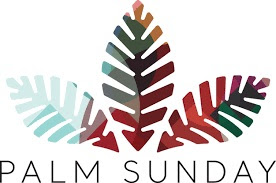 Another feature of Mark's passion narrative that is worth noting is how the centurion, standing guard at Golgotha, where Jesus was crucified between two revolutionaries (the Lord would've also been seen, at least by the Jewish leaders if not by some of the Romans, as a dangerous revolutionary too, came to believe that he was "the Son of God" (Mark 15:39). On a straight-up reading, the centurion did not see or hear anything that could be described as a sign or a wonder. No, he came to believe that Jesus was the Son of God by witnessing "how he breathed his last" (Mark 15:39). How the Lord breathed his last was by invoking the words of Psalm 22: Eloi, Eloi, lema sabachthani?- "My God, my God, why have you forsaken me?" (Ps 22:2).

Our reading from the second chapter of St Paul's Letter to the Philippians is what is called "the kenotic hymn." Most New Testament scholars think Paul used an early Christian hymn in his letter in order to make his point, which is:

Do nothing out of selfishness or out of vainglory; rather, humbly regard others as more important than yourselves, each looking out not for his own interests, but [also] everyone for those of others. Have among yourselves the same attitude that is also yours in Christ Jesus (Phil 2:3-5)

In light of Christ's passion, death, and resurrection, I can only interpret our first reading from the Book of the Prophet Isaiah as telling us that, for Christians, victory most often looks like humiliation, defeat.

God's love for us is undying because Jesus died and rose from the dead. Or, as Pope Benedict XVI concluded his 2006 Easter Urbi et Orbi address: Christus resurrexit, quia Deus caritas est!- "Christ is resurrected because God is love!"
at March 29, 2018