Because yesterday afternoon and evening I did something I rarely do - go out with co-workers for some social time - I did not post a Friday traditio. Nonetheless, our weekly traditio was very much on my mind. As I was straightening up our bedroom yesterday morning, I found my CD copy of the late Rich Mullins's last album: The Jesus Record.

Mullins did not record this album in the studio. He only left behind very rough demos of the songs that comprise the album. But the album was substantially composed and complete at the time of his death. Rich recorded the demos in an abandoned church building on 10 September 1997, a mere 10 days before his untimely death in an auto accident. Conceptually, the album was to consist of songs about Jesus's life. He intended to call it Ten Songs About Jesus.

After his death by a Ragamuffin Band consisting of Rick Elias, Mark Robertson, Jimmy Abegg, and Aaron Smith recorded the songs Rich left behind. There were numerous supporting musicians who pitched in on many of the songs. A double album, entitled The Jesus Record, was released by Myrrh records on 21 July 1998, just a little over 10 months after Mullins's death. The first of the two albums, The Jesus Demos, consists of those recordings Rich made in the abandoned church. The second album, recorded in studio by the Ragamuffin Band, featuring guest vocals by Amy Grant, Michael W. Smith, Ashley Cleveland, and Phil Keaggy, consists of the same songs and is called The Jesus Record. 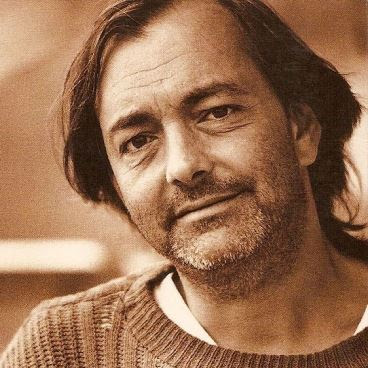 Lent and Advent are nearly always excruciating seasons for me. This Lent the Lord is reminding me that a great of my life and approach to life is penitential, perhaps too much so. In fact, I agonized over whether or not to take the rare opportunity to go out with friend/co-workers rather than come home and then go to church to participate in the Stations of the Cross, which we walk each Lenten Friday. It was listening to Amy Grant sing Rich's song "Nothing Is Beyond You" that made me decide to go out.

What long wind-up for this week's very late Friday traditio, which is (you guessed it!) Amy Grant singing Rich Mullins's "Nothing Is Beyond You" -

I don't mind saying that listening to this song yesterday brought tears to my eyes. It reinforced that fact that I am never outside of God's love, even when I am miserable and find it difficult to love and even more difficult to let myself be loved. Or, as Mullins's put into lyrics: "And You'd cut through all my pain and rage/The darkness is not dark to You/And night's as bright as day." Not only would Jesus go to hell for you. He went to hell for you.

In this is love: not that we have loved God, but that he loved us and sent his Son as expiation for our sins (1 John 4:10

Email ThisBlogThis!Share to TwitterShare to FacebookShare to Pinterest
Labels: Community of the Heart, I believe, Musical revelry, Penitential Fridays