This week for our Friday traditio I am handing on New Order's "Bizarre Love Triangle." Of course, New Order is the continuation of Joy Division after Ian Curtis committed suicide. While Joy Division was discordant and a bit atonal at times, New Order has a groove, as this song demonstrates. It's a tune you can dance to. It's a tune many people my age did dance to, likely many times. It is rightly considered by many to be one of the best songs of the 1980s, despite not making the Top 40 either in the U.S. or U.K. 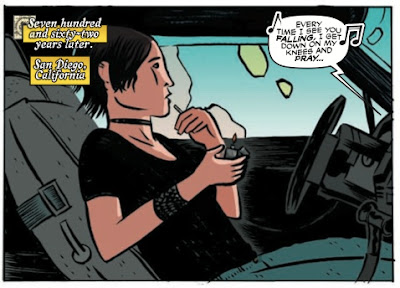 "Bizarre Love Triangle" appeared on New Order's 1986 album Brotherhood. While our minds automatically go to a highly problematic romantic entanglement involving three people, isn't there a sense in which we could describe the Most Holy Trinity as such? Maybe not. Perhaps it's too much of a stretch.


Whenever I get this way
I just don't know what to say
Why can't we be ourselves like we were yesterday
I'm not sure what this could mean
I don't think you're what you seem
I do admit to myself
That if I hurt someone else
Then I'll never see just what we're meant to be
at February 19, 2016