Cultivating wonder, being attracted to reality

It occurred to me late last evening, as I realized I was not going to post a Friday traditio on Friday, that I had yet to post anything in February. Frankly, I posted more in January than I thought I would be able to do at the beginning of the year. Perhaps February, with Lent coming so early (Ash Wednesday is this week), will be a slower month. We'll see.

This week I began reading John Waters' 2007 book, Lapsed Agnostic. It is at one and the same time a deeply personal and very broad book. Waters, who is Irish, writes in a deeply insightful way about the Emerald Isle. While some of what he writes is specific to Ireland, especially the Catholic Church's role in and relationship to Irish society, which serves as case-in-point of the how the Church should not engage the state and society - though the two current archbishops Martin (Diarmuid and Eamon) are a wonderful breath of fresh air and remarkable pastors - most of it is transferable to the cultural, social, and political situation in the United States. 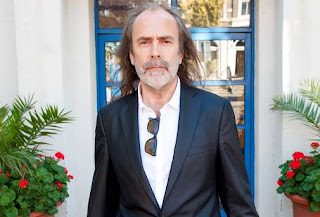 Waters, who is a well-known rock journalist, while chronologically a baby-boomer, and well-aware of that fact in both its good and bad aspects, writes like a member of my generation, known as Gen X. Rock n' roll has no better apologist than Waters. Pointing to Paul Morely's 2003 book, Words and Music: A History of Pop in the Shape of a City, he notes Morely's view that "Kraftwerk were sad." Here's his citation from Morley:

While, in my view, Morley's is a well-written insight, Waters counters beautifully:


When I heard Kraftwerk I didn't think of them as sad. But I felt sad, just as, hearing other bands, I felt different things. The grown-up world tended then, as it does now, to regard youthful obsession with music as simply an expression of some yearning for identity - a noise with which to declare oneself. It isn't that hardly at all, but mainly a search for meaning, for affirmation, comfort and self-recognition. It is an intellectual, an imaginative and spiritual search, and it is directed at pop culture because the known, conventional world fails to echo the young person's proper sense of wonder and attraction

Of course, as I age the role music plays for me changes, I would say, even at 50, there is precious little "the conventional world" echoes to my sense of wonder and attraction. 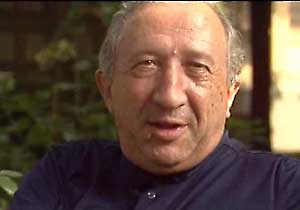 Cultivating, maintaining, wonder and attraction in middle age is no easy thing. But it's important work. It's also a great argument for have a lot of children. This goes to what drew Waters to the writings of Msgr Luigi Giussani, a person both of my readers will recognize as someone whose work has dramatically impacted me. What struck Waters, reading Don Gius as an adult, presumably for the first time, was this from his book The Religious Sense: "Picture yourself being born, coming out of your mother's womb at the age you are now at this very moment in terms of your development and consciousness. What would be the first, absolutely your initial reaction? If I were to open my eyes for the first time in this instant, emerging from my mother's womb, I would be overpowered by the wonder and awe of things as a 'presence.'"

Our very late Friday traditio is Kraftwerk's "The Man-Machine." Recorded in 1978 for the album of the same name (I resisted the temptation to use "eponymous" again), "Man-Machine" reflects the album's overarching concept, which dealt with the "robotization" of advanced civilizations.

Email ThisBlogThis!Share to TwitterShare to FacebookShare to Pinterest
Labels: Communion and Liberation, Community of the Heart, Cultural, Reflections and Ruminations, Religion