"There's a room where the light won't find you"

It's important, a service to humanity, to make fun of evil dictators precisely because they tend to take themselves so seriously. I still love watching Charlie Chaplin in 'The Great Dictator.' Adam Taylor's apologetic puff piece in Wapo is just that, puffy, notwithstanding. 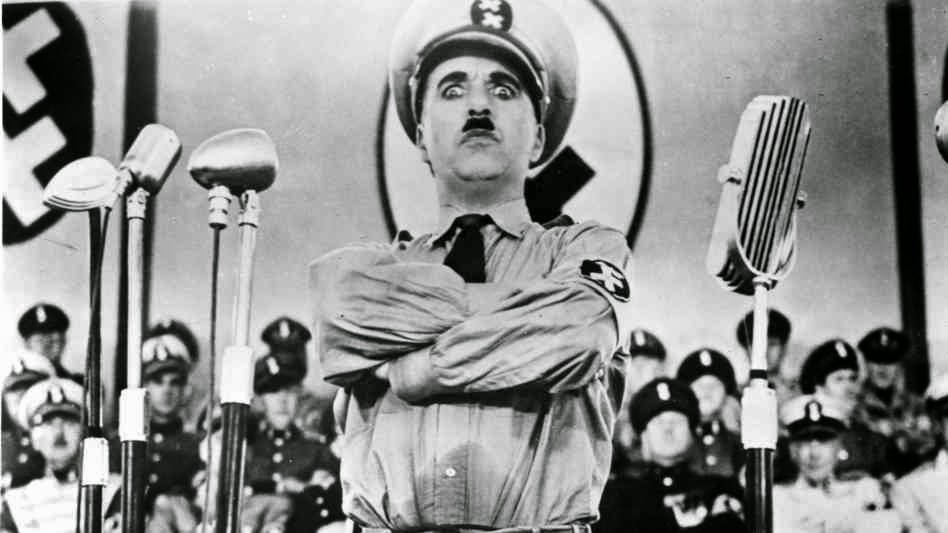 Then that's the trouble with most foreign affairs journalists, they, too, tend to take themselves too seriously and they're usually wrong. If our foreign policy was guided by this largely incoherent lot, we'd be in even worse trouble than we're presently in, which is a lot. Just gauge their enthusiasm for the so-called "Arab Spring."

In honor of all this, our Friday traditio this week is Tears for Fears' "Everybody Wants to Rule the World":


There's a room where the light won't find you
Holding hands while
The walls come tumbling down
When they do, I'll be right behind you


There's an Advent tie in all this, which I will make by citing Tolstoy's well-known observation, made in his pamphlet, published in 1900, "Three Methods Of Reform": "There can be only one permanent revolution — a moral one; the regeneration of the inner man. How is this revolution to take place? Nobody knows how it will take place in humanity, but every man feels it clearly in himself. And yet in our world everybody thinks of changing humanity, and nobody thinks of changing himself."

At least for me, that leaves the matter too vague. So let's turn to Pope Benedict's address to the young people of Lebanon, made on his final Apostolic Journey outside Italy:


Be thoughtful, upright and pure of heart! In the words of Blessed John Paul II, I say to you: “Do not be afraid! Open the doors of your minds and hearts to Christ!” An encounter with Jesus “gives life a new horizon and a decisive direction” (Deus Caritas Est, 1). In Christ you will find the strength and courage to advance along the paths of life, and to overcome difficulties and suffering. In him you will find the source of joy. Christ says to you: سَلامي أُعطيكُم – My peace I give to you! (Jn 14:27). This is the true revolution brought by Christ: that of love