Answers to some personal questions about being a deacon

A friend from Brazil, Adriano, made a comment in which he asks some really great questions about the permanent diaconate. He is especially curious about the diaconate and religious orders and the diaconate and the so-called movements, like Communion and Liberation, Focolare, the Neocatechumenal Way, which I recently discovered exists here in the Diocese of Salt Lake City, Opus Dei, etc. Because the diaconate is a subject about which many people, both Catholic and non-Catholic alike, have questions, I thought it would be a good idea to answer with a post instead of keeping it in the combox. Adriano, who is Brazilian writes in English, but apologizes for his use of the language. I want to say publicly, your English is very good! Great job.

I am a deacon of the Diocese of Salt Lake City, incardinated into the diocese by virtue of being ordained here, thus making me what is known as a regular or secular cleric, as opposed to one who belongs to a religious order, or a personal prelature. With regards to my participation in CL, I will stick with how I recently described myself: a CL fellow traveller, as opposed to a full-blown member. In keeping with the spirit of charism, I only participate insofar as it is useful for me personally. Through experience I have learned that in many ways it is not. Other than friendships, which are a necessary to Giussani's method and that mean more to me than I can describe in words, plus the odd contribution to Il Sussidiario, I am not plugged into CL in any formal way. I am also a Knight of Columbus, though I have to admit to pretty much being a member of KofC (if a 3rd degree) in name only, though I am also an insurance member, having purchased a policy when I was first married. I think the Knights do great things in and for the Church.

I know that the restoration and renewal of the permanent diaconate envisioned that there would be deacons in the religious orders. Even now there are a few deacons (very few) who belong to orders. The major orders, like Salesians, Jesuits, Dominicans, and even major Franciscan orders don't seem to have a place for permanent deacons. It is especially bizarre in the case of Franciscans because, in all likelihood, St. Francis himself was a deacon. Being a deacon, which allows one to preach, would also seem to me to fit in well with the Dominican charism. A religious order with which I am very familiar, the Congregation of the Blessed Sacrament, at least St. Anne's Province, which encompasses the United States, is open to having professed members who are deacons. In fact, one brother of the Congregation was in formation with me for a year or so. I would be surprised if there weren't third order Franciscan and Domincan deacons, though, as in the movements, they probably are not distinguished from other third order members. 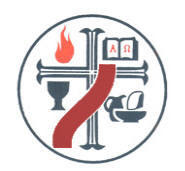 As far as CL, I don't think anybody in CL knows much about permanent deacons. The movements in general seem to have well-developed ways of thinking about and engaging the laity, but in many ways their ecclesiology, like that of some major religious orders, still seems to lag, especially regarding deacons.

As far as my belonging to CL, the best way to put it is that while I cherish the charism given to Don Giussani, even seeing his method as indispensable for me, I struggle with the Movement a great deal, especially this last year or so. While there are several reasons for my stance, the one that is relevant to our discussion is the cognitive dissonance that arises for me from the incongruity between being in the Movement and being a deacon. To be fair, CL is primarily a lay association. To be fair to me, my identity as a deacon, given to me sacramentally as a grace, has priority and is more fundamental. Much the same can be said about the Knights of Columbus, which only recently began formally recognizing deacons as clerics by treating them as such. For example, prior to this recognition, members of the clergy other than deacons, did not have to pay annual membership dues, not that $25 is killer, but... So, I suppose that marks some small progress.

At the end of the day, a deacon is a servant. Each deacon serves in a unique set of circumstances, most of us in parishes. It is precisely here that one is a deacon and is recognized as such only insofar as he makes clear, in his very person, the necessary connection between the altar and service to others, which makes it truly Christian service, that is, diakonia. Whether the movements, or religious orders, ultimately find a place for the diaconate or not, it is an order of ministry that shows by its dynamism that it is a work of the Holy Spirit, even if one that may best be lived out in local churches.
at August 20, 2010

Email ThisBlogThis!Share to TwitterShare to FacebookShare to Pinterest
Labels: Communion and Liberation, Deacons