I made it to Friday. I hope to did too. At least for me, this week that is no small achievement. Because I haven't had a chance to post, there is a lot on my mind. The foremost thing on my mind today is Lent. The holy season begins on Ash Wednesday, which this year falls on 14 February- the liturgical memorial of Saints Cyril and Methodius, brothers who evangelized the Slavic peoples. In other words, at least on the Church's calendar during when Ash Wednesday does not fall on this date, it is not St. Valentine's day.

I am often asked, "What are you reading for Lent?"

This year I am re-reading the Gospel According to St. Mark several times. Each time I am going to read a different English version. These will include the New American Bible, the Revised Standard Version, the Jerusalem Bible, the New Revised Standard Version, the King James Version, David Bentley Hart's New Testament: A Translation, and Eugene Peterson's The Message. For at least one of these readings, I am using Rowan Williams's Meeting God in Mark: Reflections for the Season of Lent.

Since this year marks the fortieth anniversary of its initial publication, I am re-reading Richard Foster's Celebration of Discipline. I am supplementing that with Renovaré resources, especially Nathan Foster's podcasts on the disciplines. 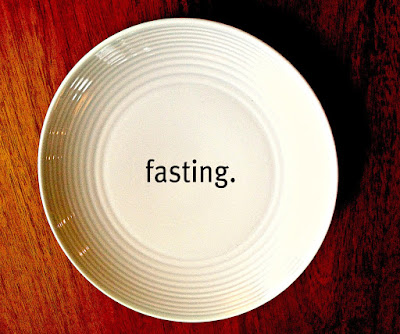 I would encourage everyone reading this to read Pope Francis's Message for Lent before Wednesday (it's short).

Since there are 4 days before our Lenten journey gets underway, it's a good time to bring up fasting and its importance for the spiritual life. How about this year we not and avoid and evade fasting? I mean true fasting, not "fasting" from this, that, or the other thing but actual fasting from food. Fasting is a spiritual discipline taught by the Lord himself to his disciples and proven by disciples over the course of the Church's pilgrimage through time.

I am convinced that it is fasting that connects prayer to alms-giving. It is practicing these disciplines together and along with frequent reception of the sacraments of Penance and Eucharist that we give ourselves spiritual support and succor as we seek to make progress on all those other sinful and unhealthy things that beset us. In his Lenten message for this year Pope Francis wrote:

Fasting weakens our tendency to violence; it disarms us and becomes an important opportunity for growth. On the one hand, it allows us to experience what the destitute and the starving have to endure. On the other hand, it expresses our own spiritual hunger and thirst for life in God. Fasting wakes us up. It makes us more attentive to God and our neighbour. It revives our desire to obey God, who alone is capable of satisfying our hunger

Sadly, I've already seen a few, but, as Lent approaches, I expect to see more well-intentioned Catholics posting no need to fast memes and quotes saying things like - "It's better to hug your dog with great affection than to fast from food." In an effort to help with discernment, I think it is important to consider that many of these quotes by well-known spiritual masters and saints of the past date from a time when observant Catholics were obligated to fast a lot, some might say excessively. But in an age when virtually nobody fasts and the major concern of far too many Catholics going into Ash Wednesday, at least by many in wealthy countries where over-eating is a daily occurrence, is "How much can I eat and still be considered to be fasting?", such things strike me as spiritually ill-advised.

I love my dog, by-the-way. I hug her everyday. I will likely hug her on Ash Wednesday. One effect of fasting, of choosing to go without, is that it makes me more thankful for what I have and more conscious of what others don't. Fasting strengthens my commit to work for justice.

Not being a fan of or a participant in pre-Lenten excesses, like various kinds of Mardi Gras celebrations (we do make pancakes on Shrove Tuesday- the Tuesday before Ash Wednesday), on this final Friday before Lent, which is a penitential day normatively observed by Roman Catholics by abstaining from the meat of warm-blooded animals, our traditio is the King's Chapel Choir singing Psalm 51. This Psalm is often called by its Latin name Miserere (Mei Deus). The Latin title is simply the opening words of the Psalm, or, more accurately, the beginning words of the Psalm's third verse. This is the first Psalm for Morning Prayer each Friday, regardless of the week of the psalter (it is a four-week cycle). For me and many people who pray what are known as the hinge hours of the Liturgy of the Hours (i.e., Morning and Evening Prayer), it is the first Psalm we pray during Lent due to the fact that the Psalms and Canticles for Morning Prayer are taken from Friday, Week III, of the psalter: