A few thoughts on the Sacrament of Confirmation

Because I have been preparing 7 adults from my parish to receive the Sacrament of Confirmation next Saturday at The Cathedral of the Madeleine in Salt Lake City, which will be administered by the Most Reverend Oscar Solis, bishop of Salt Lake City, and because Bishop Solis is coming to my parish, St. Olaf in Bountiful, Utah, the following Saturday to administer Confirmation to 20+ teenagers, and because I am giving the retreat for these young women and men the day prior to their Confirmation, I have been reading and studying The Order of Confirmation, the English translation approved by the Prefect for the Congregation for Divine Worship and the Discipline of the Sacraments, His Eminence Robert Cardinal Sarah, with the go-ahead from Pope Francis, on 25 March 2015, and published in 2016. In my opinion, all members of the clergy and catechists engaged in sacramental preparation should spend significant time studying the Church's sacramental rites and ritual books. Among the many important reasons for studying the ritual books is that we should use the rites themselves to catechize and evangelize both ourselves and those we serve. Studying the ritual books and all that pertain them should also assist the clergy in our preaching.

Because in most dioceses of the United States, including my own with the exception of our Cathedral parish, the Sacrament of Confirmation has been displaced from its rightful order (i.e., between Baptism and First Holy Communion) there are a lot very defective ideas promulgated concerning the Sacrament of Confirmation. Perhaps the most pernicious of these is the idea that a teenager "chooses" to follow Christ for himself/herself, as opposed to when Baptism was "foisted" on her/him by their well-meaning, but perhaps misguided, parents when s/he was a mere baby. What is missing from such a defective account of Confirmation is that first and foremost the sacraments are about what God the Father is doing through Christ by the power of their Holy Spirit and not what we are doing, apart from being open to receiving what God freely gives us, which is nothing other than God's very self. ﻿ It would be futile to argue that Catholic parents don't choose to have their infant children baptized. Clearly they do and, for the most part, with a few exceptions, we need to see the factors, no matter how mundane, that cause parents to have their children baptized as the working of the Holy Spirit. My fundamental point is simple: in Baptism Christ chose you. In Baptism Jesus called you by name and, by the Holy Spirit, gave you new birth as a child of the Father. Of course, you are created and redeemed to be a child of God. As a result, we can say that Baptism makes what is implicit in each and every person, who is created in the imago Dei, explicit. Just as Jesus' identity was "confirmed" as he emerged from the waters of the river Jordan by the descent of the Spirit in the form of a dove and the voice of the Father declaring him to be his "beloved" Son with whom he is well-pleased, in Confirmation our baptismal identity is likewise "confirmed."

Stated simply, in an important way, Confirmation "completes" Baptism. When preparing parents for the Baptism of their infant children I note that the way the Rite of Baptism for Children ends tends to feel a bit incomplete. The rite ends with the celebrant blessing the mother, the father, and then all the baptized gathered for the celebration, and then blessing everyone in the name of triune God. But there is no dismissal and the rite does not call for either a processional or a recessional out of the church. I am convinced it is supposed to have the effect of something beautifully begun but not yet finished. I encourage people to spend time mingling, in a reverent manner, in the church after the celebration of a Baptism. Of course, Baptism is made what we might call more sacramentally complete by Confirmation, which is what the anointing with sacred Chrism after Baptism points to, and sacramentally completed by reception of Holy Communion. 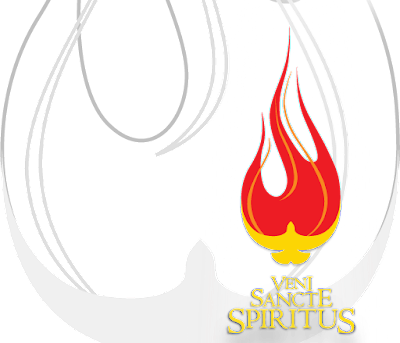 In his Apostolic Constitution on the Sacrament of Confirmation, Divinae Consortium Naturae (i.e., "Sharing in the Divine Nature") promulgated on 15 August 1971, Bl. Pope Paul VI noted

In Baptism, the newly baptized receive forgiveness of sins, adoption as children of God, and the character of Christ, by which they are made members of the Church and for the first time become sharers in the priesthood of their Savior (1 Pt 2:5,9). Through the Sacrament of Confirmation those who have been born anew in Baptism receive the ineffable Gift, the Holy Spirit himself, by whom "they are endowed... with special strength" (Lumen Gentium par. 36) Moreover, having been signed with the character of this Sacrament, they are "more perfectly bound to the Church" (Lumen Gentium par. 11) and "they are more strictly obligated to spread and defend the faith, both by word and deed, as true witnesses of Christ" (Ad Gentes par. 11). Finally, Confirmation is so closely linked with the Holy Eucharist that the faithful, after being signed by the Holy Baptism and Confirmation, are incorporated fully into the Body of Christ through participation in the Eucharist (Presyterorum Ordinis par. 5- I added the emboldening and italicized emphasis)

In my pastoral experience, we are usually far too dismissive of the Sacrament of Confirmation. Like all of the sacraments that together constitute the divine economy of grace, there is nothing dispensable about Confirmation. While we must never doubt the outpouring of Divine life that occurs whenever and wherever Confirmation is validly administered, we need to make every effort to assist those who are preparing to be confirmed, helping to ensure that they are properly disposed outwardly and inwardly. What God gives in and through the sacraments we call grace. Grace is nothing other than God sharing divine life with us, that is, the very life of Father, Son, and Holy Spirit, which is characterized by love, called agapé in our uniquely Christian Scriptures, which together we refer to as the New Testament. This is precisely what the opening words of Bl. Pope Paul's Apostolic Constitution on the Sacrament of Confirmation indicate: Divinae consortium naturae..., which, translates as, "The sharing in the divine nature..."

I am aware that, when juxtaposed with yesterday's post, today's post might indicate something like cognitive dissonance. I would dispute any charge of cognitive dissonance, however, but certainly admit to a dialectical tension. At least for me, hope lies well beyond optimism. Participating in, administering, and assisting in the administration of the Church's sacraments reinforces this perception even as such participation provides a point of connection. My participation in and assisting with the celebration of the Holy Eucharist, administering the sacraments of Baptism and Matrimony, making use of Penance, assisting in the administration of the Confirmation and sometimes with Anointing of the Sick and in the conferral of Orders, give me a glimpse over the horizon, as it were, providing me a fuller perspective, one that allows me to engage reality according to all the factors that constitute it and not just those that weigh it down but those that liberate and correspond to my deepest longings, if not yet completely fulfilling them.
at May 27, 2017