"Have a care and say a prayer"

The highlight of my birthday this year was attending Morrissey's Salt Lake City concert at the new Eccles Theater in downtown Salt Lake City. As someone who enjoys both Morrissey and his music, it no doubt damages my credibility to admit that I thoroughly enjoyed the show from start to finish. I even enjoyed watching the film clips, including music videos, while waiting for the show to begin. 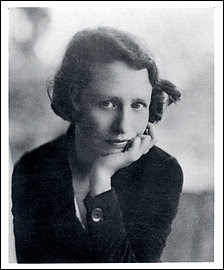 One of the clips played was of Anne Sexton reading her poem Wanting to Die. Morrissey also paid tribute to poet Edna St Vincent Millay. When the picture above was projected over the stage, he told the audience that he constantly received letters asking him who was this a photo of before asking, "Do you know of her?" then saying, in his way, "Oh, who cares?"

Our traditio for this Friday in November, is Morrissey singing "The World Is Full of Crashing Bores":