A few thoughts on the presidential election

Well, the presidential election over. I don't know about you, but I am breathing a big sigh of relief. I'll be honest, I was as surprised as just about anyone that Donald Trump not only won but, at least in terms of electoral votes, beat Hillary Clinton convincingly. I actually favor the Electoral College and think it is an important part of our republican system of government. This election is an example of why that is.

It appears as though Clinton won the popular vote by some 200,000 votes. She won most of the densely populated states along both coasts, which also have a density of electoral votes, the 435 seats in the House of Representatives being apportioned according to population. The Electoral College is precisely what gives citizens in less densely populated states a chance to have their say in how our nation is governed. Trump won 29 of the 50 states. He also captured one of Maine's four electoral votes. Along with Nebraska, Maine gives the electoral votes it has based on its two seats in the House of Representatives to whichever candidate wins each congressional district. The two electoral votes it has based on its two Senate seats (every state has two seats in the Senate) go to whomever wins the state overall. My support of the Electoral College does not wax and wane. I support it no matter who wins the presidency. Even though I always maintained the possibility, given the peculiar dynamics of this year's presidential contest, that Trump might win, I honestly didn't think he would. To be even more honest, it took me a long time to take his candidacy as anything other than a schtick.

I will be honest about a couple of other matters too. I voted neither for Trump nor for Clinton. Nonetheless, all along I have feared a Trump presidency far less than a Clinton presidency. Many of the reasons why this is so were summed by David Harsanyi writing for The Federalist. In his piece "Democrats Have Only Themselves To Blame For Trump: Eight years of unilateral rule. A decade of vacuous identity politics. A dreadful candidate. It all adds up to President Donald Trump," he observed


ever since Barack Obama’s unprecedented passage of Obamacare, his party has lost more than a thousand seats nationally in three wave elections. From 2010, the electorate demanded Washington share power, but the president didn’t listen, relying on executive power, the bureaucracy, and judiciary to pass agenda items without consensus or compromise

More to the point, Harsanyi noted:


In all their vast coverage of agitated right-wingers, it may have escaped the attention of many in the media that over the past eight years the Democratic Party has moved dramatically to the left on an array of issues. It’s now a party of cultural imperialists and economic technocrats who want to rule through fiat. It is a party more comfortable coercing Americans who see the world differently than in convincing them. It is a movement propelled by a liberal punditry that’s stopped debating and resorted to smearing millions they disagree with

If you go back and listen to many of Clinton's campaign speeches, she didn't just attack her opponent, but she routinely went after people who supported him, including but by no means limited to "the basket of deplorables," who she said made up half of his supporters. I warned Trump supporters about being too eager to adopt the "Deplorable" label. Why? Because the vast majority of them are not only not deplorable, but decent, honest, and hard-working. It's difficult to deny that Trump certainly seemed at times to chum the water for the deplorables. I didn't support Trump and I don't have a lot of confidence in him, but it is kinda nice to see the people Harsanyi described receive their comeuppance. 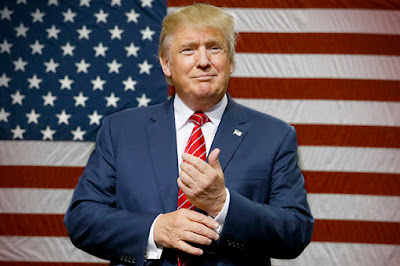 On everything from Planned Parenthood, to the HHS contraceptive mandate, to re-defining marriage, to the Department of Education mandating gender confusion in schools, to immigration, to trade deals that cost people good jobs, many people in the U.S. have been bullied into silence, made to feel powerless, and told time again that some of their most fundamental beliefs had to change. All of this is, well, very un-American.

Donald Trump has certainly made a lot of promises and commitments. He's set the bar high for himself. By no means do I agree with everything he proposes- building a wall and denying entrance to Muslim refugees fleeing the chaos for which the United States bears much of the responsibility, to name just two. Looking at Trump's agenda for the first 100 days of his presidency, I see some good things too. There is no area in which I am more in agreement with Trump than when it comes to foreign policy whether it's about the future of NATO, our relations with Russia, or our reckless interventionism across the Middle East from the Maghreb, through the Levant, to Mesopotamia. We can only hope that a Trump presidency brings the reign of neo-conservative belligerent bellicosity, which stretched from the presidency of Bill Clinton through that of Barack Obama, to an end.

Even though, as a Republican, President-elect Trump will hold majorities in both houses of Congress, he will often have to win over members of his own party to get things done. Only time will tell how successful Trump will be.

Another aspect of this election worth mentioning is voter turnout. While my own state, Utah, saw an uptick in voter turnout, by some calculations turnout was down nationwide, lower than any election since 2000. If the report from Independent Journal Review on which I am relying is accurate, it marked a nearly 8% decline from 2012. But I've also seen reports that claim voters turned out in increased numbers. Clinton's losses in key states (i.e., Ohio, Florida, Michigan, North Carolina) indicate to me that she was unable to generate enough enthusiasm to win those states. It also bears noting that nearly 21% of Utah voters went for independent conservative Evan McMullin.
at November 09, 2016