One more thought on universalism

At least for Catholics the question of universalism is resolved through both dogma and the witness of the saints, which confirms dogma. Despite this a tension remains that can never be satisfactorily resolved this side of eternity. Given that universalism has been condemned as a heresy and the witness of saints, like St Faustina, whose visions are at least de facto approved by virtue of her canonization, which came only after a very thorough review of her claimed personal revelations, the writing down of which caused her to be under suspicion for decades, I am not even sure any hope that hell will be empty is a well-founded hope. It goes without saying that nobody should desire the damnation of another, which desire itself is damnable. At a minimum, whether or not one accepts the private revelations of St Faustina or not (no Catholic is obliged to accept them as being of divine origin), they at least enjoy an imprimatur and a nihil obstat, which means that there is nothing in her writings that is contrary to the faith.

In the 741st entry in her Diary, St Faustina recorded a visit she made to Hell:


I, Sister Faustina Kowalska, by the order of God, have visited the Abysses of Hell so that I might tell souls about it and testify to its existence...the devils were full of hatred for me, but they had to obey me at the command of God, What I have written is but a pale shadow of the things I saw. But I noticed one thing: That most of the souls there are those who disbelieved that there is a hell

Let the sinner know that he will be tortured throughout all eternity, in those senses which he made use of to sin. I am writing this at the command of God, so that no soul may find an excuse by saying there is no hell, or that nobody has ever been there, and so no one can say what it is like...how terribly souls suffer there! Consequently, I pray even more fervently for the conversion of sinners. I incessantly plead God's mercy upon them. O My Jesus, I would rather be in agony until the end of the world, amidst the greatest sufferings, than offend you by the least sin 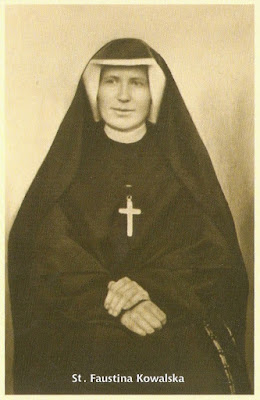 My point? I think the tension between universalism and all way too narrow conceptions of salvation is unresolvable. In others words, the question, "Who will be saved in the end?" is unanswerable. In my view, the take away for Catholics is that we should not act presumptuously one way or the other. Not being presumptuous about ultimate things lets God be God. Was not the desire to be gods the original sin?

Hence, we should not presume the someone has either gone immediately to heaven or is damned to hell. The best certitude we can attain is that the saints are in heaven. With the exception of the Roman Pontiff, who possesses the power to loose and bind, which power is exercised in communion, no person or group of people can canonize another person. Of course, in a human sense, we're all entitled our opinion, but the Church's clergy should not be throwing about heretical opinions when preaching during the Church's funeral rites, or when addressing this subject when preaching on other occasions or instructing the faithful. It also bears noting that the veneration of a holy woman or man after her/his death by the faithful is a legitimate exercise of the sensus fidelium, but this is communal. not individual, something that arises from communion and not presumption.

It's here that I cut to the chase: as Catholics, praying for the dead and obtaining indulgences for souls in Purgatory are indispensable to the practice of our faith. It is by doing these things that we express our hope. As St Paul asked, "who hopes for what one sees?" (Rom 8:24) In light of this, why would you let your presumption trump your spiritual obligation to pray for the dead?


We can therefore hope in the glory of heaven promised by God to those who love him and do his will. In every circumstance, each one of us should hope, with the grace of God, to persevere 'to the end' and to obtain the joy of heaven, as God’s eternal reward for the good works accomplished with the grace of Christ. In hope, the Church prays for 'all men to be saved'" (Catechism of the Catholic Church, par 1821)

Email ThisBlogThis!Share to TwitterShare to FacebookShare to Pinterest
Labels: I believe, Saints, Theology