Odysseus and the quest for home

Currently I am reading The Odyssey with my 9 year-old son. It's been too many years since I last read Homer's epic tale. This morning we read of Odysseus, down to his last ship, leaving Circe's island for the Land of the Dead in order to consult with the dead prophet Tiresias about how to safely make it home to Ithaca. What struck me in reading this is the very natural human belief in life after death and the problem, without a wholly unexpected, cosmos-shattering intervention, of getting stuck far from home. 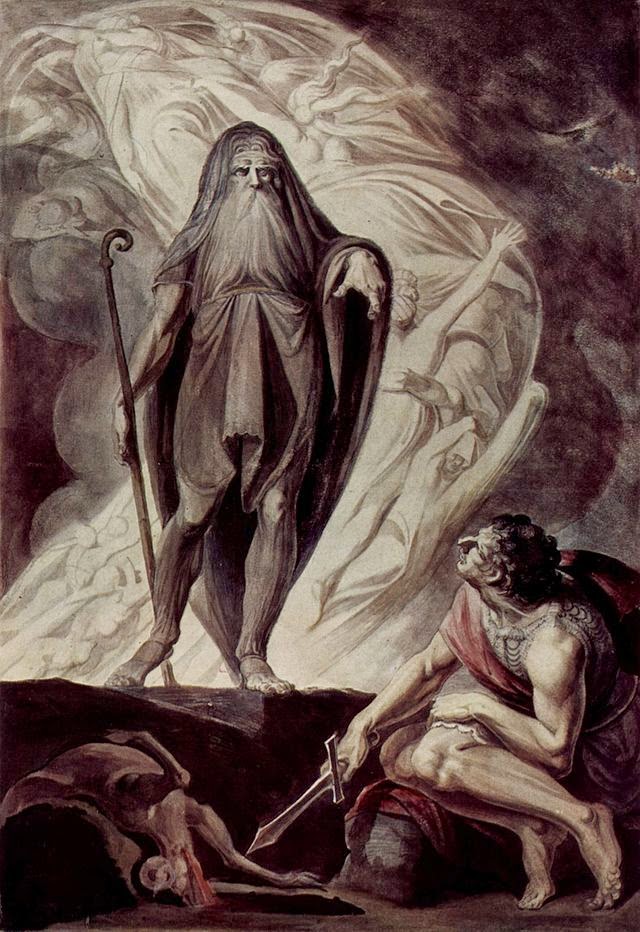 What is my point in mentioning these convergences? Simple. We weren't made to exist in a shadow land for all eternity after our all too brief mortal life. I have found nothing better, certainly nothing more dramatic, than an anonymous ancient homily for Holy Saturday to highlight this. In this homily Jesus approaches the souls in what we term "the limbo of the fathers," He approaches our first parents, and says- "I command you: Awake, sleeper, I have not made you to be held a prisoner in the underworld. Arise from the dead; I am the life of the dead. Arise, O man, work of my hands, arise, you who were fashioned in my image. Rise, let us go hence; for you in me and I in you, together we are one undivided person."

Contrary to the insistence of many well-meaning Christians, Christ did not come to bring an end to religion, but to fulfill religion, to establish the true religion, the fulfillment of which is the Eucharist. The idea that Christianity it not a religion would've seemed strange, odd, and untrue to early Christians, who often gathered in secret, sometimes at great risk to their lives, or at least their freedom, to celebrate the Paschal Mystery, which was nothing other than the Eucharistic liturgy.

Turning to The Odyssey, specifically to Odysseus' arrival at the Land of the Dead and his locating the convergence of the two rivers, the River of Flaming Fire and the River of Lamentation:


"This is where we must sacrifice the sheep," Odysseus said. "When they smell the blood, the souls of the dead will rise up to meet us, and we will ask them to bring up Tiresias." Following Circe's instructions, he poured honey and milk into a trench, adding wine and water and grains and barley. Then he sacrificed the sheep and drew his sword. The souls of the dead came fluttering up from the underworld with hollow, eerie cries. Thousands of them flocked around Odysseus as he stood shivering on the edge of the trench. The ghosts of young men and girls floated next to battle-scarred warriors. Old men with gray hair brushed against newly married brides. They jostled together, vying for Odysseus's attention. He scanned their insubstantial faces... (The Odyssey, Gillian Cross, Illustrated by Neil Packer, 77) 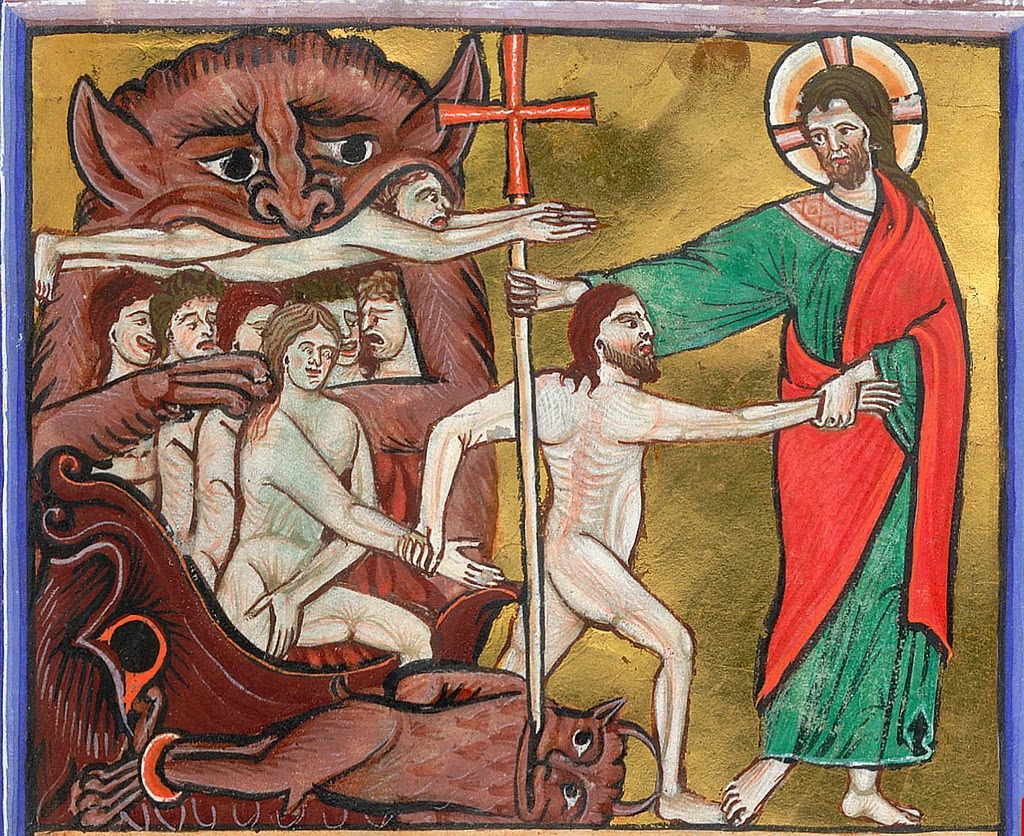 To illustrate my point about Christ and religion I'll invoke this passage from the Letter to the Hebrews:


But when Christ came as high priest of the good things that have come to be, passing through the greater and more perfect tabernacle not made by hands, that is, not belonging to this creation, he entered once for all into the sanctuary, not with the blood of goats and calves but with his own blood, thus obtaining eternal redemption. For if the blood of goats and bulls and the sprinkling of a heifer’s ashes can sanctify those who are defiled so that their flesh is cleansed, how much more will the blood of Christ, who through the eternal spirit offered himself unblemished to God, cleanse our consciences from dead works to worship the living God.

For this reason he is mediator of a new covenant: since a death has taken place for deliverance from transgressions under the first covenant, those who are called may receive the promised eternal inheritance (Hebrews 9:11-15)

I will juxtapose it with this from St Paul's First Letter to the Corinthians: "For I received from the Lord what I also handed on to you, that the Lord Jesus, on the night he was handed over, took bread, and, after he had given thanks, broke it and said, 'This is my body that is for you. Do this in remembrance of me.' In the same way also the cup, after supper, saying, 'This cup is the new covenant in my blood. Do this, as often as you drink it, in remembrance of me.' For as often as you eat this bread and drink the cup, you proclaim the death of the Lord until he comes" (11:23-26).

In his novel Ignorance, Milan Kundera wrote, "The Greek word for 'return' is nostos. Algos means 'suffering'. So nostalgia is the suffering caused by an unappeased yearning to return." Nostalgia is not a place, it's part and parcel of being human, of the "human condition," such as it is, or least how the vast majority of us experience it. Like Odysseus, it is what drives us forward. I suppose we can imagine nostalgia to be a "place." If we do, then, like those insubstantial figures Odysseus encounters, we might become stuck there. What we truly long for does not lie behind us, it lies ahead. How can our return lie ahead and not behind? This can only be satisfactorily answered by the poet: "We shall not cease from exploration, and the end of all our exploring will be to arrive where we started and know the place for the first time" (T.S. Eliot, "Little Gidding").
at July 26, 2014

Email ThisBlogThis!Share to TwitterShare to FacebookShare to Pinterest
Labels: Cultural, Faith and Reason, I believe, Poetry, Reflections and Ruminations