Transcendence in the drama of Samuel Beckett

I just began reading Sandra Wynands book Iconic Spaces: The Dark Theology of Samuel Beckett's Drama. I haven't yet completed her first chapter, but if it's anything to go by, this will be a deeply insightful book on the work of an author who has fascinated me for most of my adult life. Beckett and his work are not a new topic here on Καθολικός διάκονος:

Our on-going cultural embrace of non-being

"when all my dust has settled"

"I felt a little like a dying clown," or "faith, hope, and love remain"- This post is about the art of Francis Bacon and the writing of Milan Kundera, but I included this: 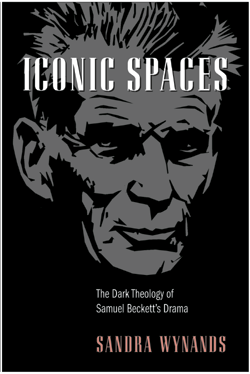 It seems that during Bacon's career as a painter his art was often compared to the writing of Samuel Beckett, a comparison that Bacon was not too fond of, apparently. Citing an interview the painter gave to Michel Archimbaud in his studio, just prior to his death in 1992, Kundera conveys what Bacon said after rejecting this comparison: "I've always found that Shakespeare expresses more poetically, more accurately, and in a much more powerful way what Beckett and Joyce were trying to say," then following up by saying "I wonder if Beckett's ideas about his art didn't end up by killing his creativity.... There's something too systematic and too intelligent about him, which is perhaps what's always made me uncomfortable" [ellipsis in Kundera's text].

I would just say that if reading Beckett doesn't make you uncomfortable, doesn't unsettle you, then you're not comprehending what it is you are reading. "When one artist talks about another," Kundera insists, "he is always talking (indirectly, in a roundabout way) of himself, and that is what's valuable in his judgment"

Il Sussidiario also published a short piece I wrote on Beckett: "Samuel Beckett: Life in Two Dimensions." He is mentioned in several other posts, one post, from 2009, in which I describe my fascination with his work as "repulsive." As I observe from time-to-time, blogging over these past 8 years has been a vehicle of both growth and discovery for me. I do think there is something to Bacon's assessment of Beckett's work.

What I find utterly fascinating so far in Wynands' book is her convincing insistence that transcendence is present in Beckett's work. Here is a sort of outline of at least her initial description of the role of transcendence in Beckett's writing, which comes to us by way of negation. All citations are from Iconic Spaces: The Dark Theology of Samuel Beckett's Drama:

"For Beckett the 'site' of the sacred is at the level of the transcendental. It is at work in language and writing, and, more immediately and idiosyncratically for him, in the visual arts: the apotheosis of art, as it were, is painting" (13)

"Only the visual , Becket insinuates time and again, can disclose the immediate presence of phenomena because it skips the mediation of language" (13) 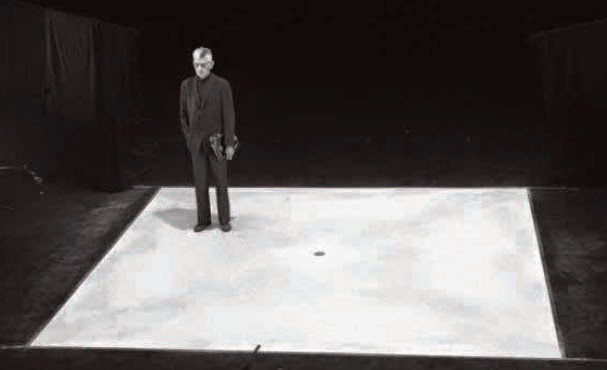 "Visually as well as linguistically Beckett is a poet of absence (of color), of emptiness (of substance), and of darkness. He is a virtuoso of all conceivable shades of gray, not black" (14). In this regard, something Wynands does not cite at this point, Beckett said his tombstone could be "any colour, so long as it's gray"

"Negative theology's primary objective is to guard God's transcendence from the anthropomorphizing tendencies of the conceptual mind. Conceptual thought is best dislodged by paradox, a figure that disobeys the logic of noncontradiction serving binary thought structures. Properly speaking, negative theology is that theology of paradox" (15).

Jesus, no less, was a master of paradox, of breaking down binary religious structures imposed by Pharisees, among others. I am well aware that the Pharisees were a lay movement that existed to encourage all Jews to adhere to the 613 mitzvot, that is, prescriptions and proscriptions of the Mosaic law, which is, in my view, why Jesus had so much interaction with them. "For whoever wishes to save his life will lose it, but whoever loses his life for my sake and that of the gospel will save it" (Mark 8:35), is a great example of a paradox.

To verify what Wynands asserts with regard to negative theology, we need look no farther than the Catechism of the Catholic Church. Ever since the publication of the Catechism I have found Part I, Chapter One, IV. How Can We Speak about God? to be very well-written and deeply insightful:


39 In defending the ability of human reason to know God, the Church is expressing her confidence in the possibility of speaking about him to all men and with all men, and therefore of dialogue with other religions, with philosophy and science, as well as with unbelievers and atheists.

40 Since our knowledge of God is limited, our language about him is equally so. We can name God only by taking creatures as our starting point, and in accordance with our limited human ways of knowing and thinking.

41 All creatures bear a certain resemblance to God, most especially man, created in the image and likeness of God. the manifold perfections of creatures - their truth, their goodness, their beauty all reflect the infinite perfection of God. Consequently we can name God by taking his creatures" perfections as our starting point, "for from the greatness and beauty of created things comes a corresponding perception of their Creator".

42 God transcends all creatures. We must therefore continually purify our language of everything in it that is limited, imagebound or imperfect, if we are not to confuse our image of God --"the inexpressible, the incomprehensible, the invisible, the ungraspable"-- with our human representations. Our human words always fall short of the mystery of God.

43 Admittedly, in speaking about God like this, our language is using human modes of expression; nevertheless it really does attain to God himself, though unable to express him in his infinite simplicity. Likewise, we must recall that "between Creator and creature no similitude can be expressed without implying an even greater dissimilitude"; and that "concerning God, we cannot grasp what he is, but only what he is not, and how other beings stand in relation to him."