My desire is not out there but inside me

Late last week as I was laboring away on my DMin diss and listening to the radio (103.1 The Wave), I heard a song I had not heard in far too long: "Grey Cells Green." It is a song that is explicitly about desire, about the desire that constitutes our very human being. Our desire is perhaps the best evidence that we are made in the imago Dei (i.e. God's image).

Last night and today I have been following a thread on Facebook. It began with a friend posting something about René Girard's concept of mimetic desire and culminated with a deeply insightful comment comparing desire according to Giussani with mimetic desire. Here is an excerpt from Maria Elena's insight:

So the first thing (which Giussani would agree with [Girard]) is to discern which desires are truly ours from the ones that we are conditioned to feel. Hard to argue with that: learning to distinguish one's true desires from what is imposed on us is the first step of self-knowledge, maturation and so on. But the genius of Giussani is to point out that even if we follow a desire that's not truly ours (or even -God forbid- a "disordered" desire), we are still going to reach the truth if we are honest. Which is the least moralistic thing ever

In the context of this observation, I agree that it is important to discern the desire that makes me- the imago Dei- from that which seeks to unmake me, or, according to Giussani, forces me to take the long road. 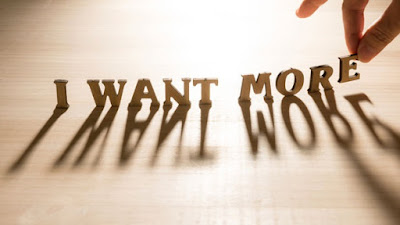 For as long I can remember, I have been painfully aware that my desire is inside me. Finding what, or who, corresponds to the desire that makes me is life's pilgrimage. I need companions on my way. At this point, I don't think our first Friday traditio of February needs any further introduction.


When your desire has been found
You'll be running far away
You're telling me it's in the trees, in the trees
It's not, it's inside me


Ned's Atomic Dustbin did a great version of the Bay City Rollers's song "Saturday Night" for the soundtrack of one of my all-time favorite movies: So I Married an Axe Murderer. It was by listening to "Saturday Night" as a child in the mid-70s that I learned how to spell S-a-t-u-r-d-a-y.
at February 01, 2019