I have to admit, this week I did not look at the Sunday readings until Saturday. This is unusual for me. When I finally did read them, two things stood out: liturgy and vocation. Because vocations arise from within the community of the baptized, that is, the Church, liturgy and vocation are inextricably linked. The Lord has already called everyone who is baptized. To what s/he is called is what needs to be discerned. Vocational discernment is nourished by the sacraments, especially the Eucharist and communal Christian life. In other words, no Christian vocation is given or discerned in a vacuum.

The the vocational thread that runs through today's reading is easy enough to see once it is pointed out. Our first reading is taken from the Book of the Prophet Isaiah, more specifically from Proto- or First Isaiah. What do I mean by Proto-Isaiah? Isaiah is really three books rolled into one, belonging to what we might call the Isaiahian school of prophecy. It seems that the Book of Isaiah originated with a prophet named Isaiah in the eighth century BC in the southern kingdom of Judah, the territory in which Jerusalem was located. Deutero-Isaiah was written during Israel's Babylonian exile, which began in 605BC. Trito-Isaiah was composed after Israel's return from its Babylonian captivity. It is the prophetic calling of the prophet for whom the book is named that is described in today's reading. Our reading from St. Paul's First Letter to the Corinthians tells of Paul's "out of time" calling to be an apostle of Jesus Christ. For Paul, his apostolic vocation was rooted in his personal encounter with the resurrected Christ on the road to Damascus. Finally, in today's Gospel, we read of St. Luke's account of Jesus's call to Peter, James, and John. It is notable that once they arrived back on shore, according to Luke, Peter and his business partners, the sons of Zebedee, James and John, immediately left everything, presumably including the large catch described, and followed Jesus.

Of course, the primary Christian vocation, given in Baptism, is to follow Christ, to live as a disciple of Jesus of Nazareth. Discerning one's state-of-life is how a Christian lives out her/his baptismal vocation.

While this is to state things generically, states of life are married or celibate. Fleshing this out a bit more, celibate vocations are to consecrated life, which means joining a religious order and living according to the evangelical counsels. The evangelical counsels are poverty, chastity, and obedience. Making the vow of chastity is not just to promise to live celibately (i.e., without marrying) but committing to live in a sexually continent manner (i.e., not having sex or engaging in sexual activity). Among Roman Catholics, with some exceptions, priesthood is also a celibate vocation that normatively requires the one being ordained to make the vow of chastity. Diaconate is an ordained vocation to which can respond and be married. When it comes to marriage and Ordination, anyone seeking Ordination must be married prior to being ordained. Everyone who is ordained makes a vow of obedience to a superior. For regular clergy, also called secular, or diocesan, clergy, the vow of obedience is made to one's bishop. For those in religious orders, including priests and deacons, the vow of obedience to made to a superior of that particular order. If ordained before being married, the ordinand must make the vow of chastity. Like Ordination, Matrimony is a vocation that is a sacrament. Last but by no means least, there are Christians who are not called to religious life, Ordination or Matrimony. Yes, there are Christians who are called to live single lives for the sake of God's kingdom.

Once one has determined her/his state of life, it remains to be determined how a Christian lives day-to-day. Even for those who join religious orders, it must be discerned whether to join an active or contemplative order. All contemplative orders do not follow the same rule of life and so don't have the same rhythm of daily life. All active orders do not engage in the same apostolate, etc. For one who is married, in addition bearing and raising children, it remains to be determined how you make your living. 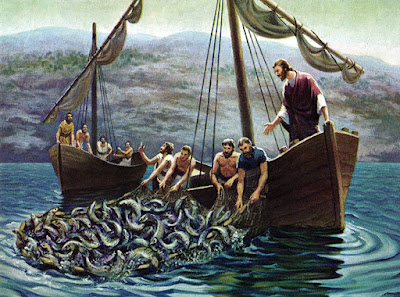 Recently on social media a free church pastor insisted that among Christians there should be no distinctions whatsoever. By "free church" I mean a Protestant, who, while typically belonging to a particular tradition (i.e., Baptist, Methodist, Anabaptist, etc.), believes the Church is only local and the whatever denominational or other structures that exist apart from the local congregation are of human, not divine, origin. The particular distinction that sparked her overly general and poorly thought-out pronouncement was the distinction between clergy and laity. This struck me as odd because she has been ordained, that is, set apart for service. It didn't matter to her that a healthy conception of what it means to be ordained a cleric is to be set apart for service to other members of Christ's Body, the Church. So steadfast was her insistence that there are to be no distinctions among Christians that she was unmoved by my insistence that to conceive of ordination in any way other than service to one's sisters and brothers is to be guilty of clericalism.

Of course there are distinctions within Christ's Body, the Church. While I could point to any number of New Testament passages in support my assertion - so many, in fact, that it should be obvious- I will limit myself to one. I chose this passage because our epistle readings right now in the Sunday lectionary are from St. Paul's First Letter to the Corinthians

If Paul, who in the immediately preceding passage insisted that each and every member of the Church is given some spiritual gift for the building up of Christ's Body, is not talking about distinctions among the baptized in this passage, then what is he writing about?

What about the liturgical thread? Well, in Isaiah we hear the words that are very close to what we sing or say at each and every Mass in the Sanctus: "Holy, holy, holy is the LORD of hosts! All the earth is filled with his glory" (Isa 6:3). In our Pauline reading we hear what is perhaps the earliest Christian creed: "For I handed on to you as of first importance what I also received: that Christ died for our sins in accordance with the scriptures; that he was buried; that he was raised on the third day in accordance with the scriptures..." (1 Cor 15:3-4). This is certainly the earliest Christian creed that the Church still possesses. What about the Gospel and the liturgy. Well, missio or "mission," the very word from which derive the word "Mass." The specific part of the liturgy to which our Gospel points is the the Dismissal. As a deacon, it is my great privilege to dismiss my sisters and brothers. Today, I used this Dismissal: "Go and announce the Gospel of the Lord."
at February 10, 2019