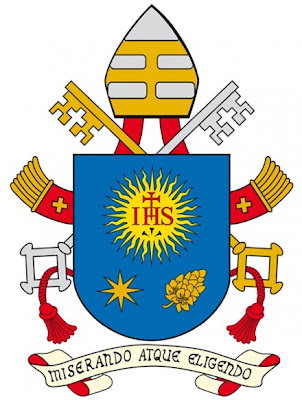 Jesus is risen from the dead!

This message resounds in the Church the world over, along with the singing of the Alleluia: Jesus is Lord; the Father has raised him and he lives forever in our midst.

esus had foretold his death and resurrection using the image of the grain of wheat. He said: “Unless a grain of wheat falls into the earth and dies, it remains alone; but if it dies, it bears much fruit” (Jn 12:24). And this is precisely what happened: Jesus, the grain of wheat sowed by God in the furrows of the earth, died, killed by the sin of the world. He remained two days in the tomb; but his death contained God’s love in all its power, released and made manifest on the third day, the day we celebrate today: the Easter of Christ the Lord.

We Christians believe and know that Christ’s resurrection is the true hope of the world, the hope that does not disappoint. It is the power of the grain of wheat, the power of that love which humbles itself and gives itself to the very end, and thus truly renews the world. This power continues to bear fruit today in the furrows of our history, marked by so many acts of injustice and violence. It bears fruits of hope and dignity where there are deprivation and exclusion, hunger and unemployment, where there are migrants and refugees (so often rejected by today’s culture of waste), and victims of the drug trade, human trafficking and contemporary forms of slavery.

Today we implore fruits of peace upon the entire world, beginning with the beloved and long-suffering land of Syria, whose people are worn down by an apparently endless war. This Easter, may the light of the risen Christ illumine the consciences of all political and military leaders, so that a swift end may be brought to the carnage in course, that humanitarian law may be respected and that provisions be made to facilitate access to the aid so urgently needed by our brothers and sisters, while also ensuring fitting conditions for the return of the displaced.