"Where is the harmony...sweet harmony?"

At the expense of appearing to be a bit out-of-line, in light of a recently publicized letter signed by more than a dozen faith leaders here in Utah calling on the Utah Legislature, which is currently meeting in its annual legislative session, to pass hate crime legislation, I have to state that I am not in favor of hate crime laws. Why? Because they strike me as too 1984-ish. Frankly, I am alarmed at the prospect of the state establishing thought crimes.

According to Bob Mims, religion reporter for the Salt Lake Tribune, Senate Bill 86, sponsored by Sen. Daniel Thatcher, a Republican from West Valley City, "punishment for a class A misdemeanor could be meted out at a harsher, third-degree-felony level if the crime targeted a person based on 'ancestry, disability, ethnicity, gender, gender identity, national origin, race, religion or sexual orientation.'"

Do I like hate? Of course not. I hate hate. But I love haters. I don't mind saying that I often find Jesus's command to love haters the most difficult thing about being a Christian (see Matt 5:43-47). It's a command I often fail to heed. Hate is ugly and sometimes leads haters to engage in illegal behavior such as vandalism and/or assault, even murder. The Tribune provided the full text of the letter on the same webpage as Mims's article. To wit: all of the examples given in the letter are already illegal acts. Making a bomb threat, for example, is illegal. Is it worse to threaten a building full of worshipers than, say, a building full of federal employees? Is it worse to threaten a Catholic school than a public school full of children whose religions run the gamut from devoutly Islamic, to Jewish, to Hindu, to Protestant, to Mormon, to Catholic, to to children being raised with no religion?

What Alasdair MacIntyre identified in his landmark book After Virtue: A Study in Moral Theory as "emotivism" strikes me as the driving force behind such laws. I know my stance on this will not be popular with some people who read my blog. Opposing hate crime laws means having to endure the accusation that I think crimes against certain groups are alright. To be clear: such crimes are not alright, which is why such acts are already illegal, usually felonies. I am in favor existing laws that protect persons and property. Equality under the law, like the presumption of innocence, is fundamental to a free society. 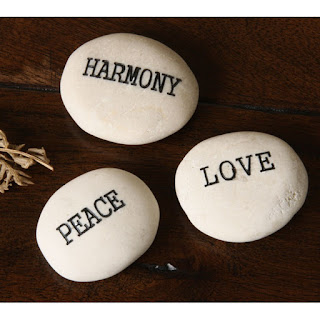 Prudence, a virtue I sometimes lack, prohibits me from being too critical of the letter but I found its invocation of the death of Mormon church founder Joseph Smith, Jr. and his brother Hyrum more than a little historically dubious, but that is another issue for (perhaps) another day. It bears noting that the Mormon church was not signatory to the letter. Whether the Mormon church not being a signatory to the letter means it does not support SB86 or whether it is simply due to the recent leadership transition necessitated by the passing of church president, Thomas S. Monson, I do not know.

As Senator Thatcher's bill makes clear, all offenses that would be subject to hate crime penalties are already illegal and, therefore, carry criminal penalties. It is often the case that perpetrators of these kinds of crimes can be subject to civil litigation too. At least in my view, the culture of encounter that Pope Francis is calling on Catholics to create is not fostered by hate crimes legislation and will not be brought about by the state, only by people committed to peace, love, and understanding enough to act. In terms of what government can do, I think restorative justice proceedings in cases that racial, religious, or other kinds of similar animosity may have played a role might prove effective at healing such rifts within our communities.

I recently watched an episode of Sarah Silverman's I Love You America, one in which she interviewed former white supremacist, Christian Picciolini. In the episode, Picciolini averred - "The secret to stopping people from becoming extremists is to understand that in most cases they're not monsters, they're broken human beings doing monstrous things." I think this episode of Silverman's program provides a great catechetical lesson on fostering a culture of encounter. In that same vein, I think people who sponsor and advocate for hate crime laws are well-intentioned. I am not completely closed-minded about this but I have yet to be presented with an argument for hate crime laws that refutes the concerns I have expressed. I agree with the end supporters of hate crime laws are trying to achieve, I just disagree with this means of trying to achieve it.

While it is a repeat from about a year ago, our Friday traditio is Nick Lowe's "What's So Funny 'Bout Peace, Love, and Understanding?" The last time this was our traditio it was performed by Elvis Costello. For today we'll let Nick take it away: