Thoughts on the Lord's Epiphany

A few weeks back I was asked to provide some thoughts on Epiphany for a newspaper article from a contemporary Roman Catholic perspective. A surprising number of my thoughts made it into the piece: "Utah Christians still have one more Christmas gift to unwrap: Epiphany is this weekend." I liked the article very much. I did try to make it clear that making an Epiphany a moveable feast was not something done universally in the Roman Catholic Church.

Since today, 6 January, is the traditional date of Epiphany, the day after the Twelfth Day of Christ (Twelfth Night celebrations are making a bit of a comeback), I am sharing the entirety of what I provided for the piece.

The feast of the Lord’s Epiphany is the ancient Christian celebration of the visit of the gift-bearing [and distinctly Gentile] Magi to the Christ child, an event recounted in St. Matthew's Gospel (Matt. 2:1-12). In revealing himself to the Magi the Lord first manifested himself to the Gentile nations.

Historically, Epiphany has been of far more significance than it is today for Roman Catholics. But even now in many European and Latin American countries and among a number of Catholic émigré communities in the United States, Epiphany still carries far more significance than it does for most Roman Catholics in this country. In many cultures, Epiphany, not Christmas, remains the main day for exchanging gifts.

The primary reason that the Epiphany is not such a big deal among most U.S. Catholics is that since the liturgical reforms that followed the Second Vatican Council, in this country, Epiphany no longer marks the end of the liturgical season of Christmas. For Roman Catholics outside the U.S., Epiphany remains a feast fixed on 6 January that brings the season of Christmas to a close. 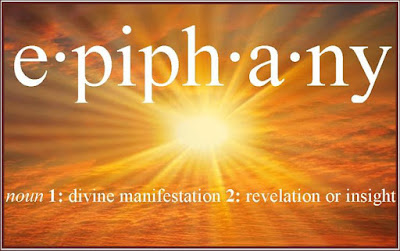 Traditionally and today among most Roman Catholics, as well as among Western Protestants who follow the liturgical calendar, the Twelve Days of Christmas began on 25 December and concluded on 5 January. 6 January was the Epiphany of the Lord. In other words, like Christmas, Epiphany has historically been and remains in most places a fixed feast. But for the Roman Catholic Church in the U.S., Epiphany is observed on the second Sunday after Christmas.

In the U.S., Christmas ends on the Feast of the Baptism of the Lord. During this liturgical year, which began on the First Sunday of Advent (3 December), the feast of the Lord’s Baptism occurs on Monday, 8 January 2018. Epiphany will be observed on Sunday, 7 January.

As a result of making Epiphany a moveable feast, apart from perhaps completing the Christmas creche by including the Magi and their camels in it, in most Roman Catholic churches and homes in the U.S., Epiphany tends to be a fairly low-key affair, as does the Feast of the Baptism of the Lord, which is not a holy day obligation, or a day of any particular celebrations.

For most of the years of our marriage, my wife and I have hosted an Epiphany party for our friends. During this celebration we incorporate a number Catholic Epiphany traditions: we have a King’s Cake that contains 3 coins, whoever receives a coin in their piece of cake gets to wear a crown bearing one of the traditional names of the Magi- Melchior, Caspar, and Balthasar; we ceremonially remove our tree from our house, which includes carol-singing; with the help of our friends, we bless our house for the coming year.

My friend, the fine young theologian Brandon Peterson, reminded me that for the people of Puerto Rico Epiphany remains a huge holiday, bigger than Christmas, which I think is great. When one thinks that at the heart of the Epiphany is God extending his Covenant from Israel to all of humanity in Christ, the Epiphany of the Christ child should be huge for us Gentile Christians. In the wake of last year, we can also stand being reminded that Puerto Ricans are U.S. citizens.
at January 06, 2018