In my presentation, What the Catholic Church Learned from the Reformation, I highlighted 5 lessons: "Baptism and the Priesthood of All Believers," "Scripture for Liturgy and Life," "Liturgy: Full, Active, Conscious Participation," "Religious Freedom," and "Indulgences: Pope Paul VI addresses Martin Luther." Today I am posting my brief section on religious freedom.

We’re so used to understanding religious freedom as a human right that the revolutionary nature of the Second Vatican Council’s Declaration on Religious Freedom, Dignatatis humanae is often lost. But the Catholic Church’s recognition of the importance of freedom and the primacy of conscience when it comes to religious belief and practice, is very much a lesson learned as a result of the Reformation. It was a lesson perhaps best articulated by that reformer of the Reformation, John Wesley, about whom Dennis Shaw spoke last week. It is a lesson learned by both Catholics and Protestants as a result of the religious pluralism wrought by the Reformation in Europe.

Wesley’s best articulation of the principles underlying religious freedom were two notable sermons: “A Caution Against Bigotry” and “Catholic Spirit.” Fourteen years prior to his birth in 1703, the Toleration Act, which permitted Protestant communions other than the Church of England to freely gather and worship.1 What Wesley sought to demonstrate is that religious tolerance and the freedom to which it gives rise is part and parcel of being a Christian. 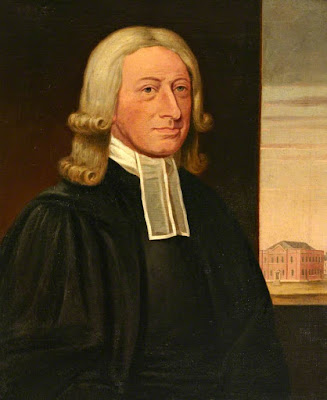 
In his “Catholic Spirit” sermon, Wesley noted that religious toleration and freedom are often confused with religious indifferentism. He asserted that nothing could be further from the truth. In fact, he noted that religious toleration and freedom indeed gives rise to many different religious viewpoints and acknowledges that this can be very confusing. Such confusion, he asserted, is a curse, not a blessing. Therefore, a person who has the catholic spirit “does not halt between two opinions, nor vainly endeavor to blend the two into one.”2 In other words, such an environment requires what Pope Francis has dubbed a culture of encounter.

In Dignitatis humanae, the Catholic Church asserted that each person is “bound to seek the truth,” especially as it pertains to God, “to embrace the truth they have come to know, and to hold fast to it.” 3 The Council also declared “that the human person has a right to religious freedom.” 4 According to the decree, religious freedom means being “immune from coercion” by any human power, in such wise that no one is to be forced to act in a manner contrary to his own beliefs, whether privately or publicly, whether alone or in association with others, within due limits.” 5

The Council further declared “that the right to religious freedom has its foundation in the very dignity of the human person as this dignity is known through the revealed word of God and by reason itself.” 6The Council stated unambiguously that “the right of the human person to religious freedom is to be recognized in the constitutional law whereby society is governed and thus it is to become a civil right.” 7

Pope St. John Paul II went so far as to assert that next to the right to life, the most fundamental right a human being possesses is that of religious freedom.